The US financial aid designated for the Palestinian Authority (PA) is set to grow considerably in 2014 to $440 million, up from $426 million in 2013. The aid aims to bail out the PA, which in June was revealed to owe $4.2 billion in internal and external debt. 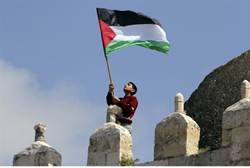 Palestinian Liberation Organization’s (PLO) representative in Washington DC, Maen Erekat, reported the figure, saying the transfer was already agreed upon by Congress, but will be influenced by progress in the peace talks with Israel. The PA recently declared the talks have failed, and threatened diplomatic action against Israel.

The financial aid reveals intentions of greater cooperation between the US and the PA.

PA leadership has requested that the US renew a joint committee between the US and PA which was active in the 1990s, so as to discuss common political and financial issues, revealed Erekat.

A PLO representative told the Judea and Samaria-based Arab Ma’an News Agency that most of the US aid will be used for building and development projects, adding that $70 million will be directly transferred to the PA Finance Ministry.

However, the PA has used its foreign-backed funds to reward terrorism.

US President Barack Obama’s famous vow — “If you like your health plan, you will be able to keep your...