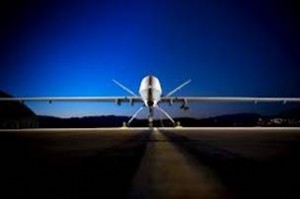 Prime Minister Manmohan Singh approved the purchase at a Cabinet meeting, according to Defense Update. The goal: to boost India’s line of surveillance against northern border countries and regional rivals Pakistan and China.

The purchase will cost about 1,200 crores / 120 million rupees, or just under 2 million dollars.

News Pakistan reports that while India has already invested in IAF technology, the upgrade will give the Indian government long-range control over survey and reconnaissance missions via satellite.

The Indian Air Force already has about 40 unmanned vehicles, according to India Today. Most of these are the Israeli-made Searcher II and Heron UAVs. UAVs were first incorporated into the Indian military in the nineties.

India has a long history of buying military equipment from Israel. In 2009, India bought the Phalcon tactical and surveillance system from Israel, as part of a 1.1 billion dollar deal signed between India, Russia and Israel in January 2004. Israel’s military industry firm also announced plans at the time to establish five factories in India for the production of artillery shells.

India has also been boosting its defense capabilities against border countries. Earlier this year, New Delhi announced a successful missile test of the Agni-V missile, which could reach both Pakistan and China.

The US’s response to the news could be crucial to the deal’s success. This month, the US was reportedly “furious” at Israel after it sold military equipment to China; between 2000-2003, the US forced Israel to cancel sale of the Phalcon airborne radar system to China, at a steep price of over $300 million in compensation fees.

Prime Minister Binyamin Netanyahu held Lebanon responsible for the rocket fire on northern Israel Sunday, and called on the Lebanese...