President Obama’s “promise zones” are unlikely to be a promised land for local residents. 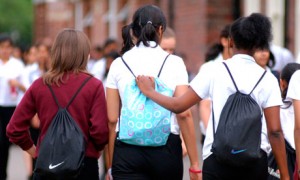 Obama formally announced the first five promise zones today, saying, “A child’s destiny should be determined not by her ZIP code but by the strength of her work ethic and the scope of her dreams.”  The first promise zones (there will be fifteen more zones chosen in the next three years) are spread across the country, ranging from Los Angeles to the Choctaw Nation of Oklahoma to Philadelphia.

According to the White House, Obama “is proposing to invest more than $750 million in hard-hit communities to provide a tax incentive to secure private investments that will help build homes and create jobs” through the promise zones.

Heritage’s Stuart M. Butler, director of the Center for Policy Innovation, has for over 30 years been a leader in developing conservative and bipartisan urban policy initiatives. He was skeptical when commenting on the promise zones to The Foundry:

“Obama’s vision is to pick a few places and have the government lead those people to salvation by saturating the zones with as much funded programming and shiny new policy objects as possible, and have ‘partnerships’ with local efforts – which means giving them money if they ‘innovate’ in the way the government thinks they should innovate. The problem is that Obama has a preconceived view of what the path to opportunity should look like.”

Instead of that approach, Butler advocates the enterprise zones solution, including recent legislation by Senator Rand Paul:

“It removes as many government regulations and taxes as possible to create an environment for innovation and opportunity and encouraging private investment. It doesn’t have a preconceived government checklist or government vision about what the right course is. The enterprise zone approach doesn’t preclude appropriate investment in infrastructure, etc., but it does not assume that focusing more government in places where government has already failed woefully is the right way to create opportunity.”

In Case You Missed It:  PRIORITIES: Kamala Harris To Campaign For Gavin Newsom While Americans Are Still Stranded In Afghanistan
Posted in Tyranny and tagged Foundry, Freedom, Governments, Obama, United Socialist States of America.

It has been clear to many observers that Chris Christie's bullying tendencies were going to be a political problem. This...