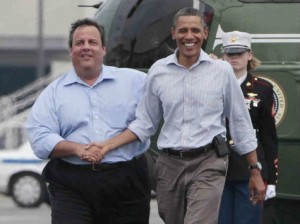 It has been clear to many observers that Chris Christie’s bullying tendencies were going to be a political problem. This reporter discovered first-hand that Christie does not handle opposition well, even when he is clearly in the wrong. I concluded later that Christie’s “tough-guy routine is less attractive” when deployed against opponents.” His behavior had national implications: “That may play well in Trenton; it won’t, elsewhere.”

It now turns out that there is behavior that even New Jersey will not tolerate. Christie’s bullying is, in many ways, similar to President Barack Obama’s use of temporary political power to reward friends and intimidate enemies. The IRS scandal; the AP and James Rosen scandals; the selective closing of car dealerships during the auto bailout–all are examples of the kind of misconduct in which Christie’s aides are alleged to have indulged.

There are two differences, however. One is that Obama is often let off the hook: Christie is a Republican, and will therefore suffer all the consequences he deserves, and then some. The second difference is that Obama’s immediate reaction to scandal is not to mock it–as Christie did (“I worked the cones“)–but to lead the chorus of outrage. (The mockery can come later, once the mainstream media have moved on to less dangerous subjects.)

Still, at bottom, the behavior is the same. Both men share the same sense of entitlement to their office–a sense sharpened by the fact that both have, until recently, enjoyed a great deal of deference from the media. Both like to tout what they have done, personally, in their executive capacity. Both mistreat their political opposition. And yet neither has an economic record worth boasting about. The country has already tired of such “leadership.”

In Case You Missed It:  “We Cannot Let Them Get Away with It – Enough Is Enough” President Trump Responds to Garbage Special Counsel Investigation (VIDEO)
Posted in Tyranny and tagged Crime, Democrats, New Jersey, Obama.

Barack Obama comes from the black supremacist, America-hating, black nationalist tradition of Louis Farrakhan and Elijah Muhammad, not from the...