The Obama administration through the The Energy Department on Tuesday is rolling out new, software to track Americans and measure the energy efficiency of their homes. 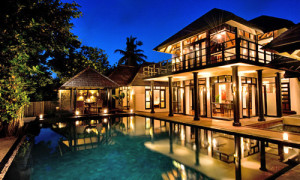 DOE says its energy-scoring software — called the Home Energy Scoring Tool — is like a vehicle’s mile-per-gallon rating because it allows homeowners to compare the energy performance of their homes to other homes nationwide.

The software is part of Obama’s effort to reduce the nation’s energy consumption for the global warming that’s not happening. It’s also billed as a way to force homeowners and landlords into expensive home-retrofitting to have the properties remain compliant to Obama energy’s requirements.

The Home Energy Scoring Tool “will be a powerful ‘motivator’ to force homeowners to make energy efficiency improvements the government will demand. It’s also a way Obama can get trained workers to enter the private sector energy improvement market as funding for weatherization and global warming efforts decline.

DOE says its Home Energy Score is useful if you are a homeowner looking to renovate or remodel your home to reduce your energy usage. Moreover, the score serves as an official way for the government to document your improvements.

Based on the home’s characteristics, the DOE software estimates the home’s annual energy use, assuming “typical homeowner behavior.” The software then converts the estimated energy use into a score, based on a 10-point scale (10 being the most energy-efficient). The 1-10 scale accounts for differences in weather conditions by using the zip code to assign the house to one of more than 1,000 weather stations.

In addition to showing the home’s current energy efficiency, or inefficiency — the score also shows where a home would rank if all of the energy-saving improvements identified during the home walk-through were made. The government than may prompt those homeowners to buy new windows or doors, for example, boosting the market for home retro-fitters..

DOE will recommend getting a Home Energy Score “as soon as the program becomes available in your area.

he Home Energy Score and the associated report is generated through DOE/Lawrence Berkeley National Laboratory software. The 2014 version of DOE’s Home Energy Scoring Tool will be introduced at a webinar on Tuesday.

DOE says more than 8,500 homes have been scored so far by the Energy Department’s growing network of more than 25 partners and 175 qualified assessors.

In Case You Missed It:  “He Raped Me Every Morning” – Snopes Founder Mikkelson Accused of Daily Sexual Assaults by Second Wife and Former Sex Worker
Posted in Freedoms and tagged Communism, Freedom, Obama, Socialism, US Citizen.

Increases funding for Head Start and Early Head Start by $612 million, to $8.6 billion. Head Start has been evaluated...