WASHINGTON — As a young lawmaker defining himself as a presidential candidate, 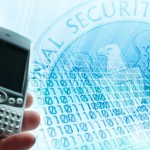 Barack Obama visited a center for scholars in August 2007 to give a speech on terrorism. He described a surveillance state run amok and vowed to rein it in. “That means no more illegal wiretapping of American citizens,” he declared. “No more national security letters to spy on citizens who are not suspected of a crime.”

More than six years later, the onetime constitutional lawyer is now the commander in chief presiding over a surveillance state that some of his own advisers think has once again gotten out of control. On Friday, he will give another speech, this time at the Justice Department defending government spying even as he adjusts it to address a wave of public concern over civil liberties.

The journey between those two speeches reflects the transition from the backbench of the United States Senate to the chair behind the Resolute Desk in the Oval Office. Like other presidents before him, the idealistic candidate skeptical of government power found that the tricky trade-offs of national security issues look different to the person charged with using that power to ensure public safety.

Aides said that even as a senator, Mr. Obama supported robust surveillance as long as it was legal and appropriate, and that as president he still shares the concerns about overreach he expressed years ago. But they said his views have been shaped to a striking degree by the reality of waking up every day in the White House responsible for heading off the myriad threats he finds in his daily intelligence briefings.

“When you get the package every morning, it puts steel in your spine,” said David Plouffe, the president’s longtime adviser. “There are people out there every day who are plotting. The notion that we would put down a tool that would protect people here in America is hard to fathom.”

At the same time, aides said Mr. Obama was surprised to learn after leaks by Edward J. Snowden, the former National Security Agency contractor, just how far the surveillance had gone. “Things seem to have grown at the N.S.A.,” Mr. Plouffe said, citing specifically the tapping of foreign leaders’ telephones. “I think it was disturbing to most people, and I think he found it disturbing.”

Yet it is hard to express indignation at actions of the government after five years of running it, and some involved in surveillance note that it was Mr. Obama who pushed national security agencies to be aggressive in hunting terrorists. “For some, his outrage does ring a little bit hollow,” said a former counterterrorism official.

All of which leads to worries by critics of government surveillance that he will not go far enough on Friday. “If the speech is anything like what is being reported, the president will go down in history for having retained and defended George W. Bush’s surveillance programs rather than reformed them,” said Anthony D. Romero, executive director of the American Civil Liberties Union.

Mr. Obama first confronted the questions of national security and privacy during his 2004 campaign for Senate, taking aim at the Patriot Act for “violating our fundamental notions of privacy” and declaring that “we don’t like federal agents poking around our libraries.”

Once elected, Mr. Obama took an interest in curbing surveillance. “He would ask me about various issues that relate to the topic of the day — how do you come up with policies that make sure that security and liberty are not mutually exclusive?” recalled Senator Ron Wyden, Democrat of Oregon and a leading critic of surveillance policies then and now.

Mr. Obama was a sponsor of a bill in 2005 to raise the standard required for federal agents using administrative subpoenas known as national security letters to obtain business records without court order. He joined other Democrats fighting the renewal of the Patriot Act until it was amended to address civil liberties concerns, then voted for its extension in 2006 after a compromise, breaking with Mr. Wyden who voted no.

Mr. Obama’s 2007 speech at the Woodrow Wilson International Center for Scholars came after the revelation that President George W. Bush had authorized warrantless surveillance in terrorism cases without permission from the Foreign Intelligence Surveillance Court. A presidential candidate, Mr. Obama criticized Mr. Bush’s “false choice between the liberties we cherish and the security we provide.”

But as a former Obama aide put it recently, “The rhetoric was probably sharper than his votes.” By summer 2008, with the Democratic nomination secured and the White House now a real possibility, Mr. Obama voted for legislation essentially ratifying Mr. Bush’s surveillance programs. Mr. Obama realized he would “take my lumps” from the left and said it “was not an easy call for me,” but he argued that putting the programs under the jurisdiction of the intelligence court restored accountability.

As a result, after he won the election, surveillance issues were off his agenda; instead, he focused on banning interrogation techniques he deemed torture and trying, futilely, to close the prison at Guantánamo Bay, Cuba. “There wasn’t really any serious discussion of what N.S.A. was up to,” said a former intelligence official, who like others did not want to be named describing internal conversations.

Mr. Obama was told before his inauguration of a supposed plot by Somali extremists to attack the ceremony, what David Axelrod, his adviser, called a “welcome-to-the-N.B.A. moment before the first game.” Although the report proved unfounded, it reinforced to Mr. Obama the need to detect threats before they materialized. “The whole Somali threat injected their team into the realities of national security in a tangible and complicated way,” recalled Juan C. Zarate, the departing counterterrorism adviser to Mr. Bush who worked with the Obama team on the threat.

So while instituting additional procedural changes, Mr. Obama undertook no major overhaul of the surveillance programs he inherited. “He’s sitting on the other end of the pen now,” said the former Obama aide. “He has more information than he did then. And he trusts himself to use these powers more than he did the Bush administration.”

Just weeks after the inauguration, Judge Reggie B. Walton issued a secret ruling reprimanding the N.S.A. for violating its own procedures. But when Mr. Obama was briefed, the case did not stir consternation. The president’s team instructed the Justice Department to fix the problem, but “this was not a central concern and he was very quick in knowing how to deal with it,” said a former administration official.

The calculus had shifted enough that Mr. Obama began presiding over a record number of leak prosecutions. When civil liberties advocates visited to press him to do more to reverse Mr. Bush’s policies, Mr. Obama pushed back. “He reminded me that he had a different role to play, that he was commander in chief and that he needed to protect the American people,” recalled Mr. Romero of the A.C.L.U.

That was brought home even more starkly at Christmas in 2009 when a Nigerian man tried to detonate explosives in his underwear aboard an airliner. At a meeting at the White House afterward, an agitated Mr. Obama “was extremely firm” with intelligence officials, saying that he “expected us to do better,” recalled one who was in the room.

“We hadn’t had a major attack in a number of years and the fact that this guy came as close as he did — basically the detonator didn’t work — and the fact that we hadn’t detected it in advance really came as a shock to them,” said John E. McLaughlin, a former deputy C.I.A. director who participated in a review of the incident for the administration.

Feeling little pressure to curb the security agencies, Mr. Obama largely left them alone until Mr. Snowden began disclosing secret programs last year. Mr. Obama was angry at the revelations, privately excoriating Mr. Snowden as a self-important narcissist who had not thought through the consequences of his actions.

He was surprised at the uproar that ensued, advisers said, particularly that so many Americans did not trust him, much less trust the oversight provided by the intelligence court and Congress. As more secrets spilled out, though, aides said even Mr. Obama was chagrined. They said he was exercised to learn that the mobile phone of Chancellor Angela Merkel of Germany was being tapped.

Mr. Obama appointed a panel to review the programs. “The point we made to him was, ‘We’re not really concerned about you, Barack, but God forbid some other guy’s in the office five years from now and there’s another 9/11,’ ” said Richard A. Clarke, a former White House counterterrorism adviser who served on the panel. He had to “lay down some roadblocks in addition to what we have now so that once you’re gone it’ll be harder” to abuse spying abilities.

On the other hand, Mr. Obama was acutely aware of the risks of being seen as handcuffing the security agencies. “Whatever reforms he makes, you can be sure if there’s another incident — and the odds are there will be in our history — there’ll be someone on CNN within seconds saying if the president hadn’t hamstrung the intelligence community, this wouldn’t have happened,” Mr. Axelrod said.

Benjamin J. Rhodes, a deputy national security adviser working on Friday’s speech, said Mr. Obama saw the issue as two separate questions — abuse of government power and extent of government power. With the 2008 legislation setting a new structure, the president had focused on avoiding abuse until the latest revelations. “At this point, we’re looking more systematically at these programs to ensure that we’re taking into account both technological advances and also the need to inspire greater public confidence,” Mr. Rhodes said. “We have an ability to do essentially anything technologically. So do we have the appropriate legal and policy overlay to ensure that’s focused?”

That will be the question Mr. Obama tries to answer in the speech.

In Case You Missed It:  Biden in SoCal: “You Either Keep Newsom as Your Governor or You’ll Get Donald Trump – Not a Joke” (VIDEO)
Posted in Freedoms, Tyranny and tagged Freedom, Obama.

From Aleppo in Syria to Quetta in Balochistan, Muslims are engaged in the slaughter of other Muslims. The numbers are...