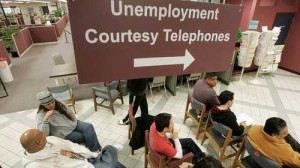 There are 1,000 fewer jobs in western Michigan as a result of Obamacare, according to a report from Grand Valley State University. The report also affirms that companies are cutting hours for workers to avoid increases in healthcare expenditures.

Professor Leslie Muller, one of the Professors who conducted the study, contends that it is difficult to predict if the state will continue to see job loss. She opines that because we are only a few months into the implementation of the Affordable Care Act (ACA), outcomes are still uncertain. However, she states, up until now, “We’re talking about a thousand jobs in west Michigan that would have been here absent the ACA.”

The thousand jobs does not reflect the amount of people who have lost hours as a result of the ACA. Almost one-third (29%) of companies have cut hours of employees to less than 30 so that they aren’t considered full time. As a result, the companies are not obligated to provide expensive healthcare benefits. Professor Muller added, “Firms are actually holding off on hiring or are reducing their hiring” that they had planned on doing as a result of the new health law.

Moreover, the companies are not only laying off people and cutting hours of their employees; they are also changing health plans to limit their cost. “Predominantly, firms in Western Michigan are containing health care cost by offering more high deductible plans, and changing their prescription coverage,” Muller explained.

In Case You Missed It:  Rogue Panel of Appellate Judges Steps In and Blocks Jen Psaki’s Deposition in Missouri and Louisiana Lawsuit to Protect Biden Regime
Posted in Financial, Tyranny and tagged Financial, Obamacare, Obamanomics, Unemployment.

The myth of the poor, oppressed jihadist never dies. U.S. Secretary of State John Kerry is the latest Obama administration...