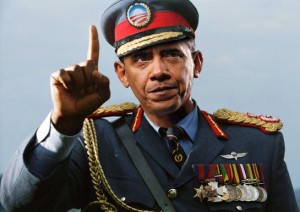 Defiant White House officials are setting the scene for a confrontational state of the union address on Tuesday night, claiming once again that President Barack Obama is preparing to “bypass” Congress with executive action and bypass congress.  The White House press secretary, Jay Carney, spoke of a need to “bypass Congress where necessary”.

In an interview on Sunday and in an email to supporters on Saturday Dan Pfeiffer, Obama’s senior adviser for strategy and communications, struck a defiant tone. “We need to show the American people that we can get something done; either through Congress or on our own,” Pfeiffer told CNN. “The president is not going to tell the American people he will wait for Congress.”

Obama and his minions are completely ignoring the fact that those very people in congress represent the American people. There are two other branches of government that were elected by the constituents that they represent, and the Obama administration is boldly is saying they don’t care to listen to them, and will act without them.

The fact that Obama feels comfortable saying such things  in public shows how bold and defiant Obama has become over the years.  We can only blame the liberal media for his out of control antics as they so far brush Obama acts against the American people under the rug. Now we have a near dictator boasting about ignoring the congress and the American people.

“It sounds vaguely like a threat and it’s certainly a kind of arrogance,” said Senator Rand Paul, who is increasingly seen as a contender for the Republican presidential nomination in 2016, in an interview on CNN.

When the world lost a dictator in Chavez, it gained another in Obama. This is a clear violation of the Constitution’s separation of powers. The multiple offenses the first five years going unchallenged has emboldened the radical Obama to do as he pleases to advance his transformation.

Think about what Obama has done or is trying to do since taking office:

The moral and ethical values of Americans had been destroyed,.

Only One-Third Have Regained Insurance Lost Through Obamacare

California has long been the flagship for Obamacare. It was targeted last fall by President Barack Obama's own activist group,...