The White House’s recent policies against Israel do not reflect the will of the American people, according to a recent poll.

The Zionist Organization of America (ZOA) released the results of a nationwide survey this month revealing that the vast majority of Americans support Israel on nearly every major issue addressed in peace talks between Israel and the Palestinian Authority (PA).

The survey recorded the responses of over 1000 American citizens from various populations – not just the Jewish community – and was conducted by McLaughlin Associates, a well-known polling organization.

Among those polled in the representative sample, 46% of respondents were Protestant, 30% were Catholic, and 3.6% were Jewish; by ethnicity, 13% were African Americans, 12% were Hispanics, 3% were Asian, and 70% were Caucasian, according to the organization. The religious and ethnic breakdown reflects the American population as a whole.

The survey also attempted to cover the political spectrum; 42% of respondents identified themselves as Republican, and 41% as Democrats.

Based on the poll, a majority – 51% – of Americans believe that US President Barack Obama has not done all he can to prevent Iran developing nuclear weapons, as opposed to just 28% who believe that he has.

An overwhelming majority of 72% of Americans oppose Obama’s plan to give the Palestinian Authority (PA) $440 million in a plan recently proposed by the President, as opposed to a mere 15% who believe that he should. 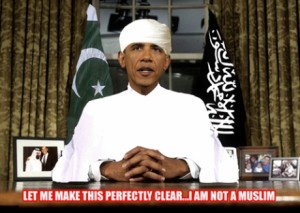 The most surprising statistic: only 31% of Americans believe that President Barack Obama is a close and reliable friend of Israel, as opposed to 38% who believe that he is not. The numbers stand in stark contradiction to the widespread belief that most Americans – and, until recently, most Israelis – believe that the US is Israel’s strongest ally.

“The results of this latest, very detailed and highly representative survey of American opinion show gratifyingly high, indeed, overwhelming levels of support for positions Israel takes, as opposed to the position the Obama Administration takes,” Klein said. “It also shows an understanding of the dangers Israel faces from a terror-sponsoring Palestinian Authority.”

“Americans believe by an overwhelming ratio that Israeli Jews have a right to live in Judea/Samaria, whereas only a small percentage believe in the racist, anti-Semitic Palestinian position that only Palestinians have the right to live there,” he continued.  “Large majorities of Americans clearly understand that a Palestinian state, if established, will not live in peace with Israel and will simply be another Mideast terrorist state.

“President Obama and Secretary of State Kerry should heed these results,” Klein implored. “They should understand that the American people expect our government to support Israel; stop promoting a Palestinian state; stop condemning Jewish communities in Judea/Samaria and eastern Jerusalem as ‘illegitimate’; support Jerusalem as Israel’s undivided capital; stop funding the PA and impose stronger sanctions on Iran to persuade it to terminate its nuclear weapons program.”

White House: ‘Watch the State of the Union’ (Please!)

(CNSNews.com) - The U.S. Constitution says the President of the United States "shall from time to time" give Congress "information"...