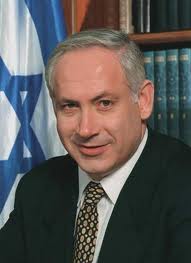 In a column that appeared four days ago, “Is Netanyahu Turning Left?” I relied on David Weisberg’s analysis of this topic and drew some conclusions about it (principally that this is a matter of the prime minister’s ego). Here follow opinions of other informed observers, in agreement or not about this analysis.

Another analyst, Daniel Tauber, also worries about the prime minister’s intentions in a Jerusalem Post column today, “Netanyahu Means It.” He begins with guns blazing:

When Nicolas Sarkozy was caught on an open mic lamenting to Barack Obama about how Binyamin Netanyahu “is a liar,” Israelis were aghast. Yet when Netanyahu talks about Palestinian statehood, many Israelis, including Netanyahu’s allies, seem to think the same thing.

Tauber notes that Netanyahu’s June 2009 speech at Bar-Ilan University declaring that “we are ready to agree to a real peace agreement, a demilitarized Palestinian state” was widely seen as a tactical appeasement of the Obama administration, not a strategic shift. In other words, he was widely seen as lying, and for good reason:

it was easy to imagine that Netanyahu was merely compromising on a semantic principle (“statehood” vs. “autonomy”), but not the substance (since it would theoretically be demilitarized) in the service of tangible gains. With the passage of time, however, that explanation has become less plausible.

Tauber offers several pieces of evidence in support of Netanyahu actually meaning what he says. To begin with, he began talking up this issue:

At first, Netanyahu referenced Palestinian statehood sparingly; such as at the UN General Assembly or in joint press conferences. The infrequency of the statements evinced a politician who may have taken a public position which was not necessarily his personal belief, but which political circumstances had compelled him to adopt. But since then, the frequency of Netanyahu’s two-state declarations has increased – even as US pressure on Israel has all but evaporated (notwithstanding US Secretary of State John Kerry’s efforts).

Second, his statements have had a heartfelt quality:

In early April[ 2013], Netanyahu told the press, “My interest is what’s good for Israel and I have no desire to head toward a bi-national state, a situation I oppose” and that Israel should be prepared for “relinquishing land” in order “to ensure the Jewish and democratic character of Israel.”

In early May, he told a meeting of senior Foreign Ministry officials that a peace agreement was necessary to “prevent Israel from becoming a bi-national state.”

In June he warned the Knesset Foreign Affairs and Defense Committee against “a bi-national state, which Israel does not want” and which is “not good” for Israel.

Finally, Netanyahu has forwarded his own framework for a permanent solution.

He most clearly delineated this framework in a May 2011 speech to the Knesset. Among other things, it included a demilitarized Palestinian state, a long-term IDF presence along the Jordan River and that Israel maintain the “settlement blocs.” Those last two points may come off like benefits for Israel at first blush, but their unspoken corollaries are relinquishing Israeli sovereignty over the Jordan Valley and ceding land outside the settlement “blocs” – which could mean up to 90 percent of Judea and Samaria and the destruction of many Jewish communities. Netanyahu called these parameters “the principles that guide my path.”

And they appear to continue to guide him. They were reportedly used by Netanyahu’s envoy Isaac Molho in negotiations with Saeb Erekat in February 2012. More recently, an anonymous Likud minister told Haaretz in June that “Netanyahu understands that for a peace agreement, it will be necessary to withdraw from more than 90% of the West Bank” and to relinquish Israeli sovereignty in the Jordan Valley.

Looking at this record as a whole, Tauber concludes that

Taken separately, the Bar-Ilan speech, the declarations in favor of Palestinian statehood made since, the newfound adherence to the demographic argument, and Netanyahu’s peace parameters, might be explained away as tactical maneuvers, and what Netanyahu actually says might be discarded as lies and posturing.

Taken together, however, they constitute four years and counting of a consistent policy in favor of Palestinian statehood.

July 24, 2013 update: David Makovsky of the Washington Institute for Near Eastern Policy also sees a change in Netanyahu, specifically in a speech he gave on June 27, when

he declared, “we do not want a binational country.” People who meet Netanyahu privately in recent weeks say he now often talks about the threat of binationalism as a rationale for supporting a Palestinian state even if he has opposed it for decades as a security threat. Netanyahu elaborated on this at the start of a cabinet meeting this Sunday. In remarks released by his office, he stated that holding talks is a “vital strategic interest” because Israel is keen on “preventing the creation of a binational state between the Jordan River and the Mediterranean Sea.”

In short, Netanyahu is saying the status quo is unsustainable. … I have carefully followed Netanyahu’s public statements over decades, and this theme of preventing Israel from sliding into binationalism is one that he has largely avoided.

July 26, 2013 updates: (1) A Dialogue Poll carried out July 23 of 511 adult Israelis (including Israeli Arabs) and published in Ha’aretz asked “Do you believe the prime minister is committed to a two state solution?: 34 percent answered affirmatively, 59 percent negatively, with 7 percent don’t know and 2 percent no answer. Comment: The Israeli public seems to be behind the curve on Netanyahu’s evolution.

(2) Ze’ev Elkin, Israel’s deputy foreign minister and a member of the Likud party, said today that, for an accord with the Palestinian Authority, Netanyahu would agree “to a Palestinian state on 86 percent of the territory,” referring to the West Bank. (Netanyahu himself has not specified how much of the West Bank he would relinquish to the PA.)

July 29, 2013 update: Netanyahu’s deputy foreign minister and his Likud colleague Ze’ev Elkin, has added his voice to those worried about the prime minister’s direction, telling the Times of Israel that he

“is going against the flow of his own party. He’s paying a political price day after day, hour after hour, for his belief in a Palestinian state… It’s very hard for him in his party.” Asked whether this meant Netanyahu would ultimately lose control of the Likud, Elkin said he didn’t know.

July 31, 2013 update: Writing from a leftist perspective, Ben Caspit has doubts whether Netanyahu, whom he calls “a weak, pusillanimous leader,” has crossed the Rubicon in terms of reaching a two-state agreement with the Palestinian Authority. He notes the evidence:

The proponents of this heartening theory resort to telltale signs, trying to read the map in a way that suits their needs. In recent weeks, so they say, Netanyahu has been talking about the need to prevent the establishment of one state between the Mediterranean Sea and the Jordan River; “a state of all its citizens,” where Israel would lose its Jewish majority within a few years. If it wants to continue to be a dominant Jewish state, Israel will be forced to turn into a South Africa. That’s the narrative of the Israeli peace camp in all its glory.

The right is scornful and dismissive of those fearing “one state,” trying to blow off this argument and refute it in any way it can. Until not long ago, Netanyahu was deeply rooted in that camp. Yet lo and behold, he started using, almost overnight, the term “binational state.” Some people compare the term that Netanyahu now uses to the day when Ariel Sharon started using the term “occupation.” Those optimists further note that Netanyahu has long lost his Likud party which has veered sharply to the right, having more opponents than proponents to the two-state solution.

Caspit is skeptical, given Netanyahu’s character:

This is a romantic view that is based more on the wishful thinking and personal hopes of its proponents than the facts on the ground. It thrives in the back rooms of Israel’s political corridors, in hushed conversations among well-placed associates. It is based on barely perceptible winks and nods among (self-proclaimed) Netanyahu mavens or some other fly-by-night kibitzers.

Aug. 1, 2013 updates: (1) Caroline Glick does not see Netanyahu moving left so much as a weakling:

Netanyahu knows that Israel cannot survive without Judea and Samaria. He knows what the Muslim Brotherhood is. He knows the nature of the Iranian regime. He knows that the PLO is no different from Hamas. Their goal is the same – they want to destroy Israel. Netanyahu knows that Obama is hostile to Israel and that he will not lift a finger to block Iran from becoming a nuclear power. So why is he going along with their insanity? In bowing to US pressure and approving the release of 104 terrorist murderers from prison, Netanyahu behaved like a coward. In bowing to US pressure not to bomb Iran’s nuclear installations, Netanyahu is being a coward.

recent developments reveal a disturbing – indeed, dramatic – erosion in [Netanyahu’s] strategic perspectives and policy preferences that make it impossible to justify his continued incumbency – even for a relatively restrained and respectful critic such as myself.

Sherman then documents those recent developments and then returns to the 104, which he calls “a staggering strategic surrender by Israel.” He concludes:

Netanyahu has now embraced a policy he spent decades berating, resisting and mobilizing publics at home and abroad to oppose. He thus has either failed to implement a policy he believes in, or is implementing a policy he does not believe in. Whichever is true, this is an untenable situation which cannot continue. Accordingly the only act of true leadership left for Netanyahu is to resign, and to resign without delay.

Aug. 5, 2013 update: Tzachi Hanegbi, a Likud Knesset member known to be close to Netanyahu, has this to say about the prime minister to Al-Monitor: “If he believes that the Palestinians have gone the necessary distance on such issues as security, Jerusalem, the settlement blocs and refugees and have reached their own red lines, Netanyahu will be prepared to take huge steps in their direction.”

Also noteworthy is this exchange:

Al-Monitor: Netanyahu wouldn’t have entered the negotiations were it not for US pressure.

Hanegbi: There is no US pressure.

This confirms my analysis, which is that Netanyahu has made the shift for his own reasons, not because of external pressure.

once again, a situation is emerging in which we have an Israeli government, whether willingly or unwillingly, embracing – or at least facilitating – the very policy its electoral constituency expected it to prevent.

Sherman then runs through the ministers – Netanyahu, Moshe Ya’alon, Gideon Sa’ar, Gilad Erdan, Israel Katz, Yuval Steinitz, Uzi Landau, Yair Shamir, Naftali Bennett, and Uri Ariel – “whose political credo and career were centered around a commitment to prevent precisely developments which the government, whose existence is dependent on their support, is now inching inexorably towards.” He concludes:

Unless the growing signs of rancor inside coalition ranks coalesce into a successful endeavor to stem the tide of Israeli submission, future historians are likely to point to the current government as inflicting the most devastating blow to the spirit of, and the belief in, the Zionist enterprise.