A fly called Apocephalus borealis, lays its eggs in a bees’ abdomen. The eggs take about a week to hatch during which they disrupt the neurological function of their hosts. The larvae then enter the world from their hosts’ body through the head. 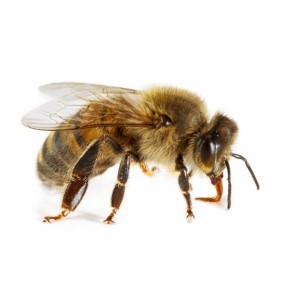 “When we observed the bees for some time-the ones that were alive-we found that they walked around in circles, often with no sense of direction,” Andrew Core, an SF State graduate student from Hafernik’s lab said in an earlier press release.

The fly was known to parasitize bumblebees. Until last October, the parasite was only seen in bee hives in California and South Dakota.

SF University researchers had warned in 2012 that the honey bee population is quite susceptible to the newly emerging parasitic fly- A borealis.

“[Furthermore] the domestic honey bee is potentially A. borealis’ ticket to global invasion. Establishment of A. borealis on other continents, where its lineage does not occur, where host bees are particularly naïve, and where further host shifts could take place, could have negative implications for worldwide agriculture and for biodiversity of non-North American wasps and bees,” John Hafernik and colleagues had written in a study article published in 2012 in PLOS One.

Honey bee population in the U.S have become homogenized as farmers usually shift them to different parts of the country. The fly could have hitched a ride with honey bees sent to Vermont.

“It’s not surprising; it’s certainly not good news,” University of Illinois entomologist May Berenbaum told Associated Press. “There are so many pathogens and parasites that we’re aware of that are afflicting bees.”

In Case You Missed It:  Colorado hospital system demands that all organ transplant recipients first destroy their own organs with covid spike protein vaccines before receiving new organs from donors
Posted in Freedoms and tagged United Socialist States of America.

James Madison had it exactly right. Referring to infringements on our freedoms, the Father of the Bill of Rights once...