Labor leaders who have spent months lobbying unsuccessfully for special protections under the Affordable Care Act warned this week that the White House’s continued refusal to help is dampening union support for Democratic candidates in this year’s midterm elections. 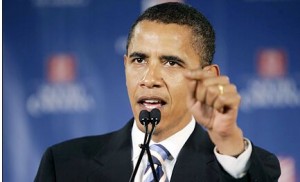 Leaders of two major unions, including the first to endorse Obama in 2008, said they have been betrayed by an administration that wooed their support for the 2009 legislation with promises to later address the peculiar needs of union-negotiated insurance plans that cover millions of workers.

Their complaints reflect a broad sense of disappointment among many labor leaders, who say the Affordable Care Act has subjected union health plans to new taxes and mandates while not allowing them to share in the subsidies that have gone to private insurance companies competing on the newly created exchanges.

After dozens of frustrating meetings with White House officials over the past year, including one with Obama, a number of angry labor officials say their members are far less likely to campaign and turn out for Democratic candidates in the midterm elections.

“We want to hold the president to his word: If you like your health-care coverage, you can keep it, and that just hasn’t been the case,” said Donald “D.” Taylor, president of Unite Here, the union that represents about 400,000 hotel and restaurant workers and provided a crucial boost to Obama by endorsing him just after his rival Hillary Rodham Clinton had won the New Hampshire primary.

Taylor and Terry O’Sullivan, president of the Laborers’ International Union of North America, laid out their grievances this week in a terse letter to House Minority Leader Nancy Pelosi (D-Calif.) and Senate Majority Leader Harry M. Reid (D-Nev.), saying they are “bitterly disappointed” in the administration.

A White House spokeswoman declined to comment on the union leaders’ claims that they were misled. A person familiar with Obama’s meeting with the labor chiefs said he “listened to the group’s concerns with empathy” but explained that the law would not permit the administration to take the steps they requested.

Obama administration officials and some outside experts said that if the unions got their way, people enrolled in their plans would be indirectly getting two tax benefits while most Americans get only one.

In December, Labor Secretary Thomas Perez proposed some changes for plans that cover unionized and other workers.

But in the letter to Reid and Pelosi, O’Sullivan and Taylor wrote, “If the administration honestly thinks that these proposed rules are responsive to our concerns, they were not listening or they simply did not care.”

Many labor leaders hope to make headway in talks with the administration and have opted to withhold sharp criticisms of the White House. AFL-CIO officials declined to comment, referring reporters to a resolution passed at the organization’s last convention that echoed the policy concerns expressed in the Reid-Pelosi letter.

The rejections by the White House follow previous disappointments for the labor movement, which poured money into pro-Obama campaigns in 2008 and 2012 and deployed millions of grass-roots volunteers motivated largely by their support for Obama’s push to bring about near-universal health insurance. Another major goal of the labor movement — card-check legislation to make it easier for workers to form unions — failed to win support after what many labor officials thought was a lackluster effort by the White House.

Union officials expect the health-care controversy to intensify a raging debate within the labor movement over how deeply labor should invest in Democratic Party candidates.

Already, the Laborers’ International Union has established warm relations with one potential GOP presidential candidate, Chris Christie, endorsing his 2013 reelection as New Jersey’s governor. The union gave $300,000 to the Republican Governors Association, now headed by Christie. And there have been preliminary discussions between labor officials and aides to the governor over a possible appearance by Christie at a union convention.

Taylor said that he doesn’t think his union will embrace Republicans but that it may lack enthusiasm for Democrats. Unions have been a major source of funding and ground-level efforts on behalf of Democratic candidates.

“You can’t just order people to do stuff,” Taylor said. “If their health plan gets wrecked, why would they then go campaign for the folks responsible for wrecking their health care?”

About 20 million people are covered by union-negotiated trust funds often referred to as “Taft-Hartley funds” because they are regulated by the Labor Management Relations (Taft-Hartley) Act of 1947, as well as by the Employee Retirement Income Security Act. These funds, jointly managed by unions and employers, are particularly important for construction unions, whose members often move from project to project.

Many churches and large corporations also have their own self-funded, nonprofit plans. Nineteen companies, including Caterpillar, General Electric, Intel and the big automakers, have formed a Corporate Health Care Coalition. Several unions have joined the coalition’s call for an end to a special tax levied on self-funded plans.

The Treasury Department has determined that Taft-Hartley plans cannot receive the tax break given to such health plans and the subsidies for insurance companies in the exchanges set up for those who can’t get affordable insurance through their jobs.

“The unions here are asking to double dip,” said Robert Laszewski, a health policy consultant in Washington. “It is an unfair request. The Obama plan is very simple: If your employer pays for your health plan, you are not eligible for a government subsidy. What the unions are asking for is government and employers to fund their benefits.”

Union officials acknowledge that their plans are unique but say the health-care law didn’t take that into account. As a result, they say, commercial insurers can cover anyone through the individual or group markets, while their funds cannot. They add that the law provides incentives for employers to drop coverage and shift their employees to the exchanges.

The legislation also imposes a $63-a-person annual tax on nonprofit, self-funded plans, including unions’ plans, and uses that money to subsidize insurance companies that take on costly patients. The union plans do not get any of that subsidy money, a source of union outrage.

Labor leaders also complain the law hurts in other ways. In the Las Vegas area alone, the Unite Here health fund has absorbed about 13,577 new young-adult dependents at an annual cost of $16.3 million because of the rule allowing young adults to stay on their parents’ health plan until the age of 26, union leaders said.

Unions also complain that their plans are not allowed to compete with for-profit insurance companies on the new exchanges, where they might offer lower-cost options.

The unions’ frustrations have captured the attention of the White House.

During preparations for a September meeting of the AFL-CIO, administration officials lobbied to alter a resolution so that it called for repair, not repeal, of the health-care legislation. The resolution passed unanimously. At the meeting, O’Sullivan said, “We’ll be damned if we’re going to lose our health insurance because of un­intended consequences in a law. It needs to be changed, it needs to be fixed, and it needs to be fixed now.”

On Sept. 13, top labor leaders met for more than an hour with Obama and top administration officials at the White House. But they later learned that the administration had written to two leading GOP lawmakers to say that Taft-Hartley plans would not get subsidies.

Although other labor leaders did not sign the letter, many of them also are upset about the treatment of their health plans under the legislation — including the heads of the International Brotherhood of Electrical Workers and the Building Trades Unions.

Taylor said Unite Here officials have met with White House officials 48 times. At the time the health-care bill was being considered, he said, “we were told that ‘if there were problems, don’t worry, we’ll get them fixed.’?”

“We thought that if we made the case to the agencies dealing with regulations to correct problems that hurt, really destroy, self-funded nonprofit health plans, it would be resolved,” Taylor said. “That clearly was naive or stupid.”

Iranian commander: We have targets within America

A top commander of Iran’s Revolutionary Guards boasted Saturday that his forces have plans in place to attack the United...