Iran has received the first installment of $4.2 billion in frozen assets as part of a nuclear deal with world powers, Deputy Foreign Minister Abbas Araqchi told ISNA news agency Saturday, according to AFP. 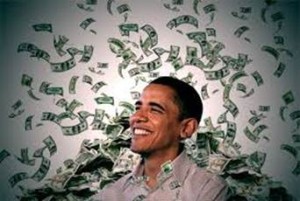 Unblocking the funds under the landmark deal in which Iran agreed to roll back parts of its nuclear program and halt further advances is expected to breathe new life into its crippled economy.

“The first tranche of $500 million was deposited in a Swiss bank account, and everything was done in accordance with the agreement,” Araqchi was quoted as having said.

The announcement is in line with claims made by American officials several weeks ago. These officials said Iran would receive the first installment of frozen assets on February 1.

Iran clinched the interim deal in November with the P5+1 group — Britain, China, France, Russia, the United States and Germany — and began implementing the agreement on January 20.

Under the agreement, which is to last six months, Iran committed to limit its uranium enrichment to five percent, halting production of 20 percent-enriched uranium.

In return, the European Union and the United States have eased crippling economic sanctions on Iran.

Iran and the P5+1 will also hold a new round of talks in Vienna on February 18 in a bid to discuss a comprehensive solution to Tehran’s contested nuclear program, AFP noted.

Also on Saturday, the official IRNA news agency quoted the head of the civil aviation authority, Alireza Jahanguirian, as saying that Iran will soon receive spare parts for its ailing civilian fleet.

Jahanguirian said the parts would arrive within two weeks as part of the sanctions relief agreed in Geneva in November.

Even as the interim deal has begun to be implemented, Iran’s leaders have continued their statements against Western countries.

Last week, U.S. Secretary of State John Kerry  said the military option was still on the table if Iran fails to live up to its part of the agreement that was signed with it in Geneva.

This week, in his State of the Union speech, President Barack Obama said that U.S. and international pressure had led to the interim deal struck in November.

“American diplomacy, backed by pressure, has halted the progress of Iran’s nuclear program and rolled parts of that program back,” Obama said.

“The sanctions that we put in place helped make this opportunity possible,” he added.

These comments irked Iran as well, and it accused Obama of “falsifying history.”

Thanks to The Nutters at Oxfam, I’m Buying SodaStream

After Oxfam forced Actress Scarlett Johansson to step down as their ambassador over her advertisement with Israeli company SodaStream, a company...