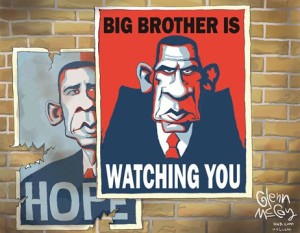 Government officials in the USA who abused zoning authority powers to cower citizens into submission and deprive land owners of Constitutional rights in the enjoyment of their land must be subject to fines and actual damages they cause including attorney fees,” Delegate Bob Marshall noted in support of his HB 1219 recently introduced in the Virginia General Assembly.

Marshall introduced his bill in direct response to Soviet style incidents precipitated by government officials who threatened a Virginia citizen and Tea Party member Martha Boneta. Boneta gained national attention after she was cited and threatened with $5,000 per-day fines for hosting such ‘menacing activities’ as a birthday party for eight 10-year old girls without a permit and advertising pumpkin carvings. Virginians rallied at two “pitchfork protests” in support of Boneta.

Marshall said, “I am convinced this harassment will continue until government officials realize they can be held liable in the form of fines and other costs.” H.B. 1219 provides that local governments violating constitutional rights through zoning shall pay their victims (1) the amount of the fines they sought to impose, and (2) actual damages including attorney fees. Local government officials who intentionally violate this law would also be liable.

Martha Boneta said, “I am confident that I would not have been bullied by my county government had this bill been in place earlier, and I ask all Virginians to contact their delegates and senators to support H.B. 1219, which protects all of us.”

There is long-time precedent for remedies against government officials who abuse their power to violate the rights of U.S citizens. H.B. 1219’s remedies mean Virginians don’t need to go broke protecting their rights on their own property.

In addition to authorizing private citizens to files suits for damages, H.B. 1219 allows the Virginia Attorney General to intervene on behalf of victims. It also provides whistleblower protections for government employees who expose violations of this law.

In Case You Missed It:  New study on 41,000 people reveals that taking vaccines INCREASES a person's risk of hospitalization
Posted in Freedoms and tagged Communism, Freedom, Governments, Obama, US Citizen.

Two of the largest banks in northern Europe have announced they will boycott Israeli banks because they operate in “occupied...