The Affordable Care Act (Obamacare) will cause a larger than-expected reduction in working hours—eliminating the equivalent of about 2.3 million workers in 2021. 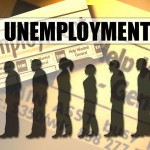 In 2011 it was estimated the law would cause a reduction of about 800,000 full-time equivalent workers.

The reality is Obamacare will push the equivalent of about 2 million workers out of the labor market by 2017 as employees decide either to work fewer hours or drop out altogether, according to the latest estimates Tuesday from the Congressional Budget Office.

That’s a major jump in the nonpartisan budget agency’s projections and it suggests the health care law’s incentives are driving businesses and people to choose government-sponsored benefits rather than work.

“CBO estimates that the ACA will reduce the total number of hours worked, on net, by about 1.5 to 2 percent during the period from 2017 to 2024, almost entirely because workers will choose to supply less labor — given the new taxes and other incentives they will face and the financial benefits some will receive,” CBO analysts wrote in their new economic outlook.

GSE Reform: Eliminate Fannie and Freddie, but Don’t Replace Them