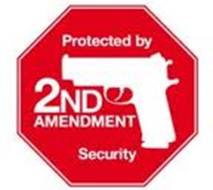 The 9th U.S. Circuit Court of Appeals said Thursday that California is wrong to require applicants to show good cause to receive a permit to carry a concealed weapon. The court ruled that all law-abiding citizens are entitled to carry concealed weapons outside the home for self-defense purposes. Judge Diarmuid O’Scannlain’s majority opinion emphasized “the right to bear arms includes the right to carry an operable arm outside the home for the lawful purpose of self-defense.”

He said the Second Amendment must be read as including “the right to carry weapons outside the home” because “the risk of armed confrontation” is in no way limited to one’s home. He supported his points by citing the examples of “a woman toting a small handgun in her purse as she walks through a dangerous neighborhood or a night-shift worker carrying a handgun in his coat as he travels to and from his job site.”

The divided three-judge panel disagreed with two other federal appeals courts that have upheld permit rules similar to California’s.

The Supreme Court ruled in 2008 that law-abiding citizens can keep handguns in the home for self-defense purposes, but didn’t address whether that right extends outside the home.

In Case You Missed It:  BREAKING: President Trump Announces NEW Information From ARIZONA: “It Is Damning And Determinative! Will Be Discussing This Today.”
Posted in Freedoms and tagged California, Constitution, Freedom, law, U.S. Supreme Court.

How the American media misrepresent Putin, Sochi and Ukraine.

Any illusions some naïve soul may have had about the objectivity of the US media has been dispelled by their...