An ongoing federal investigation is raising questions about the Colorado marijuana industry’s ties to illegal drug operations and the open borders. 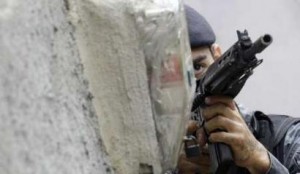 Widespread raids on Nov. 21 targeted more than a dozen dispensaries, warehouses, homes and grow operations. Federal Agents are gathering evidence to prove violent Colombian drug cartels are coming to the state through the porous borders, and are using the front of legal marijuana to make money illegally.

Colorado is now ground zero in the marijuana drug trade for violent South American drug Cartels. The cartels are using the marijuana from Denver, Boulder and then smuggled the drugs primarily to Florida, Illinois, Kansas, Missouri, Nebraska, Texas and Wisconsin, the report said.

Marijuana often is sold for twice as much on the black market in states where it is not legal, said Tom Gorman, director of the Rocky Mountain drug trafficking task force.

“You have a very desirable product with 48 other states that are potential customers. My God! What a market that is,” he said. “Our intelligence tells us, and all indications are that drug cartels are using this to their advantage.

Any drug cartel activity in Colorado creates huge potential problems for police and citizens, he said.

Cartels are treacherous and violent and they have no sense of morality,” Gorman said.

Drug-related violence has killed tens of thousands of people in Mexico in the past decade. Three months after the federal pot raids, none of the 10 target subjects have been arrested and federal agents will say only that their investigation is ongoing.

Rumsfeld: Clinton Was Responsible for Lack of Protection in Benghazi

Donald Rumsfeld, a man who doesn’t mince his words, placed the blame for the Benghazi disaster squarely on former Secretary...