The Wall Street Journal broke the story about our “ally” the House of Saud supplying shoulder fired anti-aircraft missiles to the rebels in Syria, of which they are supporting who just happen to be in the majority of cases members of Al-Qaeda. 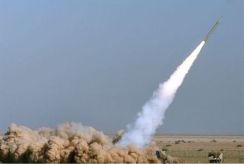 The U.S. under Bush has opposed arming rebels with antiaircraft missiles for fear they could fall into the hands of Muslim extremists who might use them against the West or commercial airlines. The Saudis have held off supplying them in the past because of the Bush administrations opposition.

The U.S. under Obama  has stepped up financial support of radical Islamist, handing over millions of dollars in new aid to pay fighters’ salaries, said rebel commanders who received some of the money. The Obama administration refused to comment on any payments. In other words the Obama regime is talking out of both sides of their mouths as usual. While supplying Saudi Arabia with a record number of anti-tank (TOW) and anti-aircraft missiles since the Kingdom will never fight a conventional war of this magnitude without US involvement. The American taxpayer is basically paying to fund various radical Islamist groups who desire not only to overthrow Assad but attack the US in dramatic fashion.

These questions and the intentions of Obama supplying even more advanced weapons to the Islamic rebels, some of whom obviously now have the capability in the hands of Al Qaeda to cause not just massive casualties but economic mayhem of unprecedented levels inside the United States has to make one wonder why we continue to fund our own demise and believe that the Saudis are indeed our allies when the continue to fund and supply enemies who swear to attack our nation almost every day.

Thousands of supporters and opponents of Venezuela’s socialist government have taken to the streets this past week. Initiated by student...