FBI documents obtained by Clarion confirm the find and show the U.S. government’s concern about its links to terrorism. 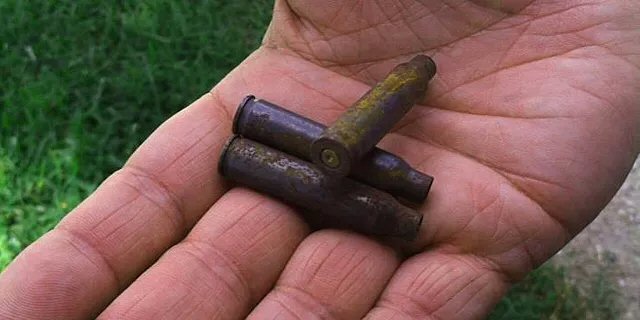 A Clarion Project investigation has discovered a jihadist enclave in Texas where a deadly shooting took place in 2002. Declassified FBI documents obtained by Clarion confirm the find and show the U.S. government’s concern about its links to terrorism. The investigation was completed with help from ACT! For America Houston.

The enclave belongs to the network of Muslims of the Americas, a radical group linked to a Pakistani militant group called Jamaat ul-Fuqra. Its members are devoted followers of Sheikh Mubarak Ali Gilani, an extremist cleric in Pakistan.

Muslims of the Americas

The organization says it has a network of 22 “villages” around the U.S., with Islamberg as its main headquarters in New York. The Clarion Project obtained secret MOA footage showing female members receiving paramilitary training at Islamberg. It was featured on the Kelly File on FOX News Channel in October. A second MOA tape released by Clarion shows its spokesman declaring the U.S. to be a Muslim-majority country.

A 2007 FBI record states that MOA members have been involved in at least 10 murders, one disappearance, three firebombings, one attempted firebombing, two explosive bombings and one attempted bombing. It states:

“The documented propensity for violence by this organization supports the belief the leadership of the MOA extols membership to pursue a policy of jihad or holy war against individuals or groups it considers enemies of Islam, which includes the U.S. Government. Members of the MOA are encouraged to travel to Pakistan to receive religious and military/terrorist training from Sheikh Gilani.”

The document also says that, “The MOA is now an autonomous organization which possesses an infrastructure capable of planning and mounting terrorist campaigns overseas and within the U.S.”

Other FBI reports describe the MOA in similar ways, with a 2003 file stating, “Investigation of the Muslims of the Americas is based on specific and articulate facts giving justification to believe they are engaged in international terrorism…”

The MOA compound in Texas, described by the FBI as an “enclave” and “communal living site,” is in Brazoria county along County Road 3 near Sweeny. It was discovered by the FBI due to a tip from an informant in New York.

The MOA referred to its Texas commune as “Mahmoudberg” in online instructions for a parade in New York in 2010. A posting on an Islamic message board in 2005 advertised a speaking engagement in Houston by someone from Mahmoudberg.

According to the reports, the commune is seven to 10 acres large, is in an “extremely wooded area” and two or three trailer homes moved there in December 2001. However, ACT members visited the area as part of Clarion’s investigation and interviewed one nearby local who confidently said it is closer to 25 acres in size and spoke of a presence dating back to the late 1980s.

“The area is so rural it is quite common for residents to shoot firearms for target practice or hunting on private property without interference from law enforcement,” one FBI report states.

Locals told the ACT members that they have heard gunfire coming from the commune. Pictures of shells from the area are posted to the right:

The FBI reported in 2007 that one commune resident used to be a leader at the MOA commune in Badger, California. The site was called “Baladullah.” In March 2001, one of the Baladullah members was arrested for transporting guns between New York and South Carolina. Another was charged with murdering a police deputy that caught him breaking and entering a home.

Interviewed residents all agreed that the MOA members are private, yet when the ACT members were spotted in the area, they were immediately and repeatedly approached. At one point, a commune resident gave them a final warning to leave, despite the fact that they were not trespassing or harassing MOA members.

“It was definitely very threatening and menacing,” an ACT member told me.

Multiple sources confirmed that one resident of the commune is a police officer. According to a nearby neighbor, one of the MOA members used to drive trucks for the U.S. Army in Kuwait.

The commune is also linked to a non-profit called the Muslim Model Community of Texas. Members travel to Houston to worship at the MOA Dawah Center that is linked to another organization called First Muslims of Texas.

States where Muslims of the Americas enclaves are located

One of the MOA members was shot and killed by another member on February 7, 2002 between 11-11:30 p.m. according to the FBI documents and a police report.

The victim was Salminma Dawood, also known as Terrance C. Davis III. His death was reportedly an accident, having been shot by another MOA member who “returned gunfire to unknown individuals who were harassing the MOA commune.”

Law enforcement reported encountering about a dozen African-American males at the scene, approximately five of whom lived at the commune. The investigators saw an estimated seven women and children who also resided there.

The police were denied access to the trailer homes and were not allowed to directly interview the women, who covered their faces in their presence. Communication with the women had to be done by passing notes through a male intermediary.

Locals told the ACT members that government investigators had visited the area a few times and the commune residents refused to talk to them. According to one local, two ambulances were denied entry earlier this year until the police intervened. A search of the Brazoria county criminal records shows that two residents of Mahmoudberg were arrested in April 2013 and charged with “interference with public duties.” The trial is pending.

The MOA presence in Texas is not limited to the Mahmoudberg commune near Sweeny. As mentioned, the MOA utilizes a dawah (outreach) center in Houston for activities. The declassified FBI documents show that the extremist group has been in Texas since the 1980s.

On October 11, 1991, a federal search warrant for three suspects was issued after a MOA/Jamaat-ul-Fuqra bomb plot in Toronto was foiled. A nearly 45-acre “compound” about 70 miles south of Dallas was raided. The location may have been near Corsicana, as another FBI document mentions that about seven MOA members purchased property in that area.

The suspects managed to flee on October 5-6 before the raid took place. Their children also suddenly disappeared from school. The feds found four mobile homes, three military, general-purpose tents and six vehicles. Loose ammunition, books on counter-terrorism techniques and weaponry and various items with “Jamaat Fuqra Land” written on them were discovered.

They also found surveillance photos of a post office building and the Greenhead Station in Los Angeles, leading authorities to suspect that attacks on these sites were planned.

MOA activities in Texas continued after the October 1991 raid. Two FBI documents from 1992 mention that MOA members in the state were using false aliases, social security numbers and birth certificates.

Why is MOA Allowed to Operate?

The FBI documents obtained by the Clarion Project clearly identify MOA as a terrorist organization. The Department of Homeland Security privately agreed in 2005, listing Jamaat ul-Fuqra (and specifically MOA) as a possible sponsor of a terrorist attack on the U.S.

So why is MOA/JUF allowed to operate in the country?

In 1998, the State Department’s Patterns of Global Terrorismreport described Jamaat ul-Fuqra as an “Islamic sect that seeks to purify Islam through violence.” It said that Fuqra members engaged in assassinations and bombings in the U.S. in the 1980s and still live in “isolated rural compounds” in the country.

A State Department spokesperson was asked in January 2002 about why MOA stopped appearing in the Department’s annual terrorism reports. The answer was as follows:

“Jamaat ul-Fuqra has never been designated as a Foreign Terrorist Organization. It was included in several recent annual terrorism reports under ‘other terrorist groups,’ i.e., groups that had carried out acts of terrorism but that were not formally designated by the Secretary of State. However, because of the group’s inactivity during 2000, it was not included in the most recent terrorism report covering that calendar year.”

It has not appeared since. Yet, here we have FBI documents from as late as 2007 discussing the terrorist threat posed by MOA.

Ryan Mauro is the ClarionProject.org’s National Security Analyst, a fellow with the Clarion Project and is frequently interviewed on top-tier TV stations as an expert on counterterrorism and Islamic extremism.
In Case You Missed It:  Just In: Bombshell! Leaked Transcripts Reveal Biden Pressured Then-Afghan President Ghani to Lie About Taliban Advances to Downplay Crisis
Posted in Terrorism and tagged FBI, Islam, Jihad, Muslims, Terrorism, Texas, United Socialist States of America.

15 Things American Presidents Had to Say About Israel & The Jews

Here are 15 Things American Presidents Had to Say About Israel & The Jews 1. John Adams "I will insist...