By far worst president in history and the realization is all too real as each day passes, all the conservatives worst fears actually happening,  these are not conspiracy 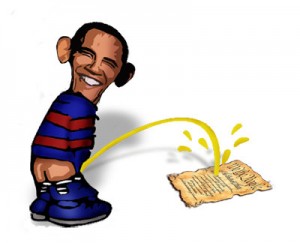 theories anymore.  You have a president that abuses his power using the IRS to target his foes, illegally spies on US citizens, blames a terrorist attack on a video, arrests those making videos of him exposing his agenda, is bold enough in speeches to promise to run the country bypassing congress, illegally modifying his own Obamacare law bypassing congress and the citizens they represent. Scandal after scandal and nothing is done, NOTHING!!

Obama has currently  236 impeachable offenses and growing  while in office, and nothing is being done. See the offenses here.

The First Amendment says “Congress shall make no law…abridging the freedom of speech, or of the press…” But under the Stalinist like Obama administration, the Federal Communications Commission is planning to to the exact opposite and send in government contractors into the nation’s newsrooms to determine whether journalists are producing articles, television reports to their liking. This is right out of Stalin playbook, and Americans should not be just concerned, but irate!

Obama no different than the USSR did, will determine whether journalists are producing articles, television 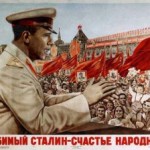 reports, Internet content, and commentary that meets the public’s “critical information needs that Obama approves.” Those “needs” will be defined by the Obama administration.

Worse yet, the news outlets that do not comply with the Obama’s standards could face an uncertain future. It’s hard to imagine a project more at odds with the First Amendment, or to see how this is any different that the communist countries controlling what the citizens get to watch or read about.

Obama following the path of Castro’s censorship in Cuba who is still one of the most intense in the western hemisphere, but Obama could change that. Cuba has very strict government surveillance limiting the people’s access to alternative sources of information not approved by the government, Obama is proposing the exact same thing.

Cuba like the United States has their Cuban Constitution also guarantee religious freedom and freedom of conscience (articles 8 and 55), freedom and full dignity of man (article 9), freedom of speech and the press (article 53), and the rights of assembly, demonstration, and association (article 54).

However, like Obama’s plan, in both Cuba and the USA freedom of speech and the press will have to be exercised in accordance with the aims of governments approval, and none of the freedoms granted to citizens can be exercised against the governments 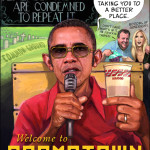 will, it not clear what will happen if someone breaks the law, it’s frightening to even think about.

Looking more like a cult like following one would tend to think Obama is a new Jim Jones, the left is following this man all the way to the cool-aid stand. The leftist media and his supporters actually support him in taking away their freedoms, its mind boggling what the left is doing. By the time the left realizes Obama spiked their cool-aid it may be too late.

The left are the new zombies following Obama to their own demise taking conservatives, independents and everyone else down with them. Hitler did it to the Germans, Lenin to the Russians, no doubt Obama is doing the exact same thing to us Americans. As the left cheers on Obama they may soon find themselves like many of Castro’s supporters did, under a heavy handed government under their complete control. 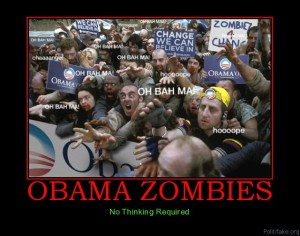 On the other side conservatives and independents are sitting in astonishment, wondering how the heck did the USA becoming the USSR overnight, shrieking at what possible can happen next. Realizing the conspiracy theorist may not be so crazy after all, we can hope and pray the FEMA camps and ammo are not to be used as the  conspiracist think they will be used for.

This is a direct assault on the freedoms of American citizens and Obama urinating on the First Amendment, once this is implemented USA will no longer be a free country, make no mistake about that.

An Orwellian Nation of Obamathink