Last week Mother Nature shut down Washington’s government offices for a day, but the extreme weather was no match for federal regulators inflating the government at rates never seen before. 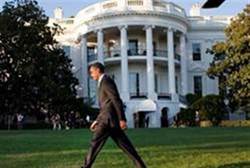 Over that time period, 1,516 new pages and 56 additional final regulations and laws were published in the Federal Register, according to the free-market Competitive Enterprise Institute.

Broken down, that is the equivalent of a new regulation added about every three hours.

We are only in the second month of 2014 and already the Federal Register has mushroomed to 9,079 pages. At this pace, the register will accumulate 73,218 pages by 2015. Shockingly, this would be the lowest total in five years of the Obama administration passing law after law like a Stalinist state..

Just six of these regulations have an estimated monetary impact of somewhere in between $614 million and $885 million. This figure will only continue to grow throughout the remaining months of 2014.

According to CRA data, the Obama Administration has a 29 percent higher average of yearly major rulemakings than Bush did after his two terms in office. Bush’s overall average for his entire term was 63 and Obama’s currently sits at 81 and still has three years left.

In 2013, regulators added an estimated 157.9 million hours of paperwork to comply with the 80,224 new pages of regulations in the Federal Register, according to a report released by the American Action Forum.

AAF found that the cumulative number of hours spent on regulatory-related paperwork in 2013 was 10.38 billion hours, an increase of nearly 158 million hours from 2012. The report’s author believes it would take more than 78,000 employees working full-time to complete the additional paperwork.

In Case You Missed It:  Dave Chappelle Attacked on Stage at Hollywood Bowl (Video)
Posted in Tyranny and tagged Communism, law, Obama.

Putin Has Set His Sights on Ukraine

Andreas RentzCollection: Last week, I visited Kiev’s Maidan — “Independence” square. It had something of a street festival feel, but...