Yesterday, the Obama Administration’s Centers for Medicare and Medicaid Services released a six-page report predicting that 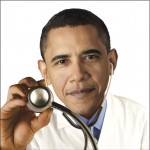 Obamacare could cause premiums to increase for nearly two-thirds of small- to medium-sized businesses. “This results in roughly 11 million individuals whose premiums are estimated to be higher as a result of the ACA and about 6 million individuals who are estimated to have lower premiums,” CMS writes. But CMS’ projections almost certainly understate the problem, one that will begin to affect millions of workers in the second half of 2014.

The CMS premium report was a requirement imposed by Congress on the administration under the Department of Defense and Full-Year Continuing Appropriations Act of 2011. That law mandated that CMS “provide an estimate of the number individuals and families who will experience a premium increase and the number who will see a decrease” as a result of the Affordable Care Act.

But CMS only looked at one cost-increasing Obamacare provision: community rating. And they only looked at it for individuals employed by businesses with fewer than 100 employees: what’s called the “small group market.”

Here’s the background. Under Obamacare, all regulated insurance plans are required to charge people the same premium, regardless of health status. Insurers can charge different rates based on age (but only within a narrow range); tobacco use (smokers can be charged 50 percent more than non-smokers); geographic area (insurers can charge people different rates based on regional demographic variation); and whether the plan is for a single individual or a family.

Before these provisions went on-line on January 1, 2014, “firms with employees who had better than average health risks would typically pay lower premiums, and therefore, they were more likely to be the firms that offer health insurance. As a result, most of people with coverage in the small group market have premium rates that are below average.” CMS polled “several actuarial experts” who believe that 60 to 67 percent of small-group firms enjoyed below-average premiums in the pre-Obamacare market.

Why CMS’ estimate is a lowball

But there are other costly requirements that CMS didn’t directly address. For example, Obamacare includes a silly excise tax on health insurance premiums that will get passed onto consumers in the form of higher prices. Same for its taxes on pharmaceuticals and medical devices. The law also requires that all plans cover a broad range of “essential” benefits, some of which they may not already. The law requires that employers cover “adult children” under the age of 26, which is a good deal for those with adult children, but an added cost for everyone else.

These were among the factors that led Delta Air Lines to estimate that it will spend $100 million more on health coverage in 2014 than it did in 2013. And Delta is a large employer, not a small employer; large employers should face relatively lower rate hikes than small ones.

Then, there’s the likelihood that some of the small employers facing steep premium hikes under the law will drop coverage altogether, and rely on Obamacare-subsidized exchanges instead. That form of adverse selection will increase the average cost of small-group health insurance. The companies most likely to do this? Those with a disproportionate number of younger and healthier employees.

One bit of “good” news. The Health Insurance Portability and Accountability Act of 1996—known as “HIPAA” by health wonks and the “Patients’ Bill of Rights” by some—required that insurers make offers to anyone in the small-group market regardless of pre-existing conditions. So that part of Obamacare, at least, is redundant in this case, and won’t affect small-group premiums.

Rate hikes will come out in the second half of 2014

Most employers were smart, and renewed their pre-Obamacare policies before the end of 2013. That means that, at the time of renewal, they had twelve more months of premiums under the old system. (Some states banned this practice in order to accelerate the uptake of Obamacare-approved plans.) So we’re going to start seeing more of these stories—of premium spikes in the employer-sponsored market—starting in the second half of 2014, as those old plans roll over.

Coincidentally, there’s a politically significant event happening in November of 2014.

Susan Rice ought to stay off “Meet the Press.” The last time she was on, she misrepresented what led to...