Hispanics are shying away from signing up for health insurance on the Obamacare exchanges. 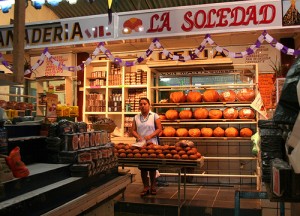 At least one in three Latinos in the U.S. are uninsured, a far higher rate than whites or blacks. Yet, advocates say their Obamacare enrollment is lagging for a variety of reasons.

“Some of these families have never had insurance in their lives,” said Xavier Morales, executive director of the Latino Coalition for a Healthy California.

Just how many Latinos and other minorities are signing up isn’t known because only the California exchange asks applicants for their race and ethnicity, though the question is optional. In other states, advocates say it’s been tougher than expected to get these groups to apply.

Only 19% of Latinos and 20% of blacks have looked for health insurance on the exchanges, compared to 28% of whites, according to a Commonwealth Fund survey.

In California, fewer than 20% of applicants identified themselves as of Hispanic, Latino or Spanish origin, according to the exchange. That compares to the estimate that about 46% of subsidy-eligible Californians are Latino.

Enrollment in the Golden State is being watched closely since it’s considered a model for the rest of the country.

Morales ticks off the same reasons for the lagging enrollment as other advocates CNNMoney interviewed.

The National Alliance for Hispanic Health now gets 4,000 calls a month to its help line, up from 300 queries pre-Obamacare, said Jane Delgado, the research and advocacy group’s chief executive. One of the main questions people have concerned so-called mixed-status families, when at least one person is not in the U.S. legally.

The Obama has said that information collected through the exchanges will not be shared with immigration services, but Obama also promised citizens could keep their current plan, Hispanics are naturally apprehensive.

Lack of awareness: Latinos are even less familiar with the exchanges than other groups. Only 49% were aware of their state exchange, compared to 68% of whites and 69% of blacks, according to the Commonwealth Fund survey.

Though the exchanges have funded a network of enrollment counselors, advocates have complained that it’s still not enough, particularly in places where the state government opposes Obamacare, such as Texas and Florida. There’s been a shortage of Spanish speaking counselors in many places.

“You have to have a lot of face-to-face discussions with folks to educate them,” said Frank Rodriguez, executive director of the Latino Healthcare Forum in Texas. Counselors have to explain more than just insurance — they have to go into the federal subsidies, which gets into estimated income and tax returns, to better understand what applicants can afford.

Spanish-language sites: Delays in translating exchange websites and materials into Spanish, as well as other languages, has also tamped down enrollment. Some 63% of Latinos surveyed by Latino Decisions, a political opinion research group, said they wanted Obamacare information in Spanish. But the federal exchange didn’t launch its Spanish language site, CuidadoDeSalud.gov, until December, and it quickly came under attack for being riddled with translation errors. Applicants still can’t browse their plan options in Spanish.

Skepticism: Since many have never had insurance, applicants are also skeptical that they can afford coverage or that it’s worth the money, advocates say. Many have received free healthcare in the past by using the services in the Emergency rooms and see no need to pay.

With six weeks left to go in the open enrollment period for 2014, exchange officials are desperately trying to ramp up outreach to minority communities. They are holding enrollment events, distributing marketing materials and advertising via video and social media.

In Minnesota, for example, the MNsure exchange is rolling out a series of videos starring well-known figures in the state’s ethnic communities to discuss their health struggles and the importance of insurance.

The most effective outreach is through trusted partners in the community, said Mary Sienko, marketing director for MNsure, which is seeking to target the Spanish, Somali and Hmong groups in the state. “We still see opportunities across all age groups and ethnicities.”

IRS Scandal Has Obama Fingerprints All Over It