Media distortions and “lies” clouded public understanding of an Arizona measure that would have clarified religious liberty protections for business owners, not allowed them to discriminate rampantly against gays and lesbians, The Heritage Foundation’s Ryan T. Anderson told The Foundry in an interview yesterday. 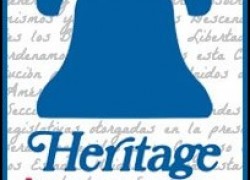 “For about two weeks you got a nonstop barrage of lies in the media,” Anderson said in the interview with The Foundry’s Genevieve Wood, two days after Arizona Gov. Jan Brewer vetoed the state legislature’s short amendment to Arizona’s 15-year-old religious liberty law.

Brewer, a Republican, had come under intense political and media pressure — including from pundits who claimed Christians were supporting a “homosexual Jim Crow law” – to disregard the concerns of those who don’t want government to compel them to compromise their religious beliefs by endorsing same-sex unions.

The Foundry asked Anderson, who writes about religious freedom and the marriage debate as Heritage’s William E. Simon Fellow, to sort out the issue and what is at stake. He said:

“It’s really important that all citizens refuse to believe the lie that the media is selling here. Everyone has the right to live and love how they want to in America. But no one should have the right to coerce another person into celebrating their relationship.”

Mischaracterizations in the media may lead Americans to miss the point, Anderson told Wood:

Note: The video was co-produced by The Foundry’s Steve Weyrich and Ken McIntyre.