The disappearance of Malaysia Airlines flight 370 on Saturday could be  an act of terrorism. There has been one 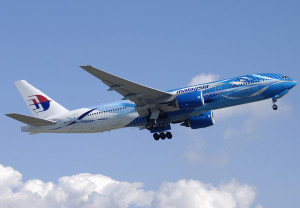 claim of responsibility: an email from an Islamic group called the Chinese Martyrs’ Brigade. But just how many acts of terrorism go unclaimed?

Most of them. Credible perpetrators claimed responsibility for only 14 percent of the more than 45,000 terrorist acts that have occurred since 1998, according to the University of Maryland’s Global Terrorism Database. (The database defines terrorism as “the threatened or actual use of illegal force and violence by a nonstate actor to attain a political, economic, religious, or social goal through fear, coercion, or intimidation.”) Even the majority of attacks on airports and airplanes appear to have gone unclaimed.

There are several reasons a terrorist group might not publicly admit involvement in an act of violence, although none of them apply particularly well to the disappearance of Malaysia Airlines flight 370. In some cases, violence alone accomplishes a goal. Detonating explosives around polling places in the run-up to an election, for example, keeps people from voting. There were at least 11 attacks on polling stations immediately before and during the March 2010 elections in Iraq, and no group claimed responsibility for any of them. There have been at least 38 attacks on polling stations in India since 1998. Indian police have named suspects in most of those incidents, from small groups like the National Socialist Council of Nagaland–Isak-Muivah to the internationally known Lashkar-e-Taiba, but there were no claims of responsibility.

Sometimes terrorist groups do not claim responsibility because they want to maintain plausible deniability, even if everyone knows they did it. Hezbollah is believed to be responsible for 92 terrorist attacks since 1998, but the group claimed responsibility in fewer than half of those incidents. The group often admits to involvement in attacks against the Israeli Defense Forces, which plays well among its vehemently anti-Israel base. Hezbollah remained quiet, however, after a series of explosions rocked Bahrain in 2012. Claiming responsibility would have complicated diplomacy for the group’s government sponsors. The Pakistan-based group Lashkar-e-Taiba denied responsibility for the 2008 attacks that killed more than 160 people in Mumbai, India, for similar reasons. The only attacker who was captured admitted membership in the group, and there is reason to believe that Pakistani security services were also involved. Admitting as much publicly, however, would have brought enormous pressure on both LeT and the Pakistani government.

Smaller terrorist groups decline to publicize their activities because they don’t know how to communicate safely with the public. They may lack the technical expertise and confidence to make a video without giving away too much information about the members’ whereabouts or identities. Or they may not have good contacts at news outlets. The claim of responsibility from the so-called Chinese Martyrs’ Brigade for the disappearance of Malaysia Airlines flight 370 was widely dismissed in part because it was delivered in an email blast to many different journalists in China. Since none of the reporters had any prior contact with the group and the email apparently contained no information about the plane’s fate, no one has taken it seriously. (In fact, most terrorism experts admit no familiarity with the Chinese Martyrs’ Brigade.)

Claims of responsibility sometimes come weeks or months after an attack. If Malaysia Airlines suffered a hijacking on Saturday, the attackers may be biding their time.

UPI/Kevin Dietsch Senate Democrats gave a series of speeches all last night to help prevent climate change, despite that there...