A senior diplomatic source told Voice of Israel public radio Tuesday that if it turns out, in the coming days, that talks with the Palestinian Authority (PA) have reached a dead end, Israel will reconsider the release of the fourth and last batch of terrorist murderers that it is planning to free as part of pre-agreed “gestures” toward the PA. 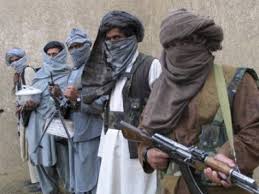 The source said that all sides have an interest in prolonging talks by another year, even without the “framework” document being put together by US Secretary of State John Kerry.

The source said further that the Israeli demand that the PA recognize Israel’s nature as a Jewish state is a substantial one, and asked – if the American document includes the words “1967 lines with exchanges of territories,” why can’t it also include a clause about recognition?

According to the New York Times, Secretary Kerry’s plan for peace will call for a phased Israeli withdrawal from Judea and Samaria based on the 1949 lines, with “unprecedented” security arrangements in the strategic Jordan Valley.

The Israeli withdrawal will not include certain settlement blocs, but Israel will compensate the Arab side for this with Israeli territory. The deal will call for “Palestine” to have a capital in Arab East Jerusalem and to recognize Israel as the nation state of the Jewish people. It will not include any right of return for Palestinian refugees into pre-1967 Israel.

In Case You Missed It:  Proof that the Taliban takeover was not Biden's incompetence But TREASON!
Posted in Israel, Terrorism and tagged Crime, Islam, Israel, Jihad, Palestinians, Terrorism.

An Open Letter To Putin

By Peter Paton   Dear President Putin The Common Enemy to Russia and the West is Radical Islamic Terrorism and...