If an escalation of Europe’s stand-off with Moscow over Ukraine results in economic sanctions, more than 6,000 German companies who do business with Russia would suffer catastrophic losses, Germany’s main trade body has warned. “About 6,200 German companies are engaged in Russia, some of them very strongly,” Anton Boerner, head of the BGA exporters’ body, told the Dortmunder Ruhr Nachrichten newspaper. “For them, economic sanctions would be a real catastrophe.”

If the conflict between Russia and the West escalates, oil prices may go up, Boerner said. But Moscow is unlikely to completely stop energy deliveries to Germany, as it takes about 30 percent its exports.

German Chancellor Angela Merkel said on Friday that Europe could use US shale energy to compensate for possible delivery disruptions from Russia. Merkel also added that the US needed to develop its export infrastructure first. 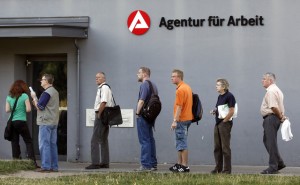 Boerner said energy prices would rise if the crisis endures but Moscow was unlikely to cut off all of its energy deliveries to Germany, which imports more than 30 percent of its oil and gas from Russia.

Germany’s “wise men” council of economic advisers said on Thursday the Ukraine crisis was the biggest threat to global growth, and especially Germany, because of Russia’s importance of an energy exporter.

Russia is one of Germany’s biggest trading partners, as the country is ranked the 7th biggest import market in 2013, according to Germany’s Statistics service. For the EU Russia ranks the third on the list of business allies, with the trade turnover estimated at $330 billion.

Russia Could Crush the Petrodollar Russia threatened to dump its U.S. treasuries if America imposed sanctions regarding Russia’s action in the Crimea....