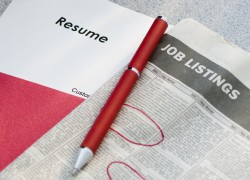 When Barack Obama was running for president in 2008, he promised to create 5 million green jobs during his term.  He fell way short of his goal.  In fact, it seemed like there were more green companies folding and laying off thousands of people than there were green companies hiring new employees.

During his 2012 re-election campaign, Obama again promised to create one million jobs, but this time in the manufacturing sector, not green energy.  He must have believed that his chances were better.

If the first year of his second term is any indication, Obama will have a hard time reaching half of what he promised as there were only 88,000 new manufacturing jobs created in 2013.  That’s only 0.088% of his four year goal.  If that figure seems too negative for our first dictator, then perhaps we should break the promise down by year.  This mean that he’s only fulfilled 0.352% of his first year’s goal.  That number might be a little more palatable to Obama, but it still means that there is only 1 job for every 3 needed to reach Obama’s promised goal.

“The hubs are a good idea and will pay dividends in the future, but it’s not any sort of a job-creating activity in any major way right now.  These hubs will be help to focus research in things like advanced, light-weight materials and 3D printing and other things that I think will have benefits for the U.S. economy.”

The federal government has been working with the private sector in helping to create manufacturing jobs as well are a number of companies and universities.  Just like they did with green companies in Obama’s first four years, the federal government is pumping a ton of money into helping to create more jobs in the targeted sector.  Paul commented on the combined efforts, saying:

“They’ll be helpful, but it’s not a jobs-now strategy.  Having a kind of a singular focus on manufacturing hubs is like getting that new gadget but ignoring the fact that you need a new car, that it’s kind of rusted out on the bottom.”

Paul recommends that to help spur the creation of more manufacturing jobs that the US needs to lower the trade deficit with China, push more ‘buy American’ and to try to stabilize the battle over currency manipulation.  They may help, but as long as Obama keeps spending hundreds of billions of dollars on frivolous things and throw trillions of dollars into an already troubled healthcare system, I don’t see any big influx of manufacturing jobs.

Many Americans that I’ve spoken to are afraid to spend on non-necessary and even some necessary items because of the state of the economy.  Many can no longer afford to pay for healthcare and are being forced to save to pay the IRS penalty and to save to pay for all of their medical needs out of pocket, leaving little to nothing to spend on manufactured goods.

Additionally, Obama continues to suck our money out of us like a leach sucking blood.  Obamacare alone imposed over 20 new taxes that directly or indirectly costs every one of us more of our hard earned money.  Instead of being responsible and cutting government spending, Obama and his Democratic entourage work feverishly to create more taxes and secretly raise existing ones.  If you add up all of the tax increases that have been implemented by the Obama administration, you will find that it far exceeds the increase in income over the same period.  If people aren’t spending, then there isn’t a demand for products and without a demand for products, there aren’t any jobs in the manufacturing world to be had.

In Case You Missed It:  Joe Rogan To CNN Employee: ‘Do You Think That’s A Problem That Your News Network Lies?’ (VIDEO)
Posted in Tyranny and tagged Economy, Obama, Obamanomics, Recession, Unemployment, United Socialist States of America.

FROM the way police entered the house—helmeted and masked, guns drawn and shields in front, knocking down the door with...