House Speaker John Boehner (R–OH) and Senate Majority Leader Harry Reid (D–NV) have just reached an agreement on a temporary, 12-month Medicare “doc fix” that would block a 24 percent cut in Medicare physician payment, which was scheduled to go into effect on April 1. It would also keep Medicare physician rates flat until March 2015. The deal is on a fast track for House and Senate floor action. 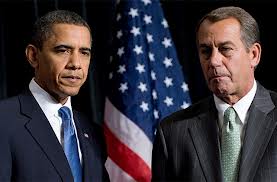 Stopping a physician pay cut for 12 months in the right thing to do, but it should be paid for with much-needed Medicare reforms. While the latest House bill contains some real offsets, it also uses “funny money.” The bipartisan Committee for a Responsible Federal Budget notes in its assessment of this latest deal that the bill would shift budget sequester savings “set to occur in 2025 into 2024.”

This temporary Medicare “doc fix” is just a stop-gap measure in a long line of such fixes that Congress has used since 2003. The past record is mixed on SGR spending offsets, and some of those savings have been “fake” or merely exercises in Medicare cost shifting.

Congress should permanently repeal the SGR but cover the additional costs estimated by the Congressional Budget Office (CBO) to add $138 billion in new Medicare spending over the next 10 years. But once again, House and Senate leaders have been unable to come up with a fiscally responsible offset to repeal, once and for all, Medicare’s broken physician reimbursement system. Both the House-passed bill (H.R. 4015) and the leading Senate bill (S. 2110) to repeal the SGR would have added substantially to the nation’s deficits—well beyond the standard 10-year budget window.

Some congressional Democrats have toyed with the idea of using future “war savings” from Afghanistan and Iraq to fund the SGR repeal. But CBO dismissed this silly scheme, and The Washington Post’s editorial board said it best: “Better to pass another short-term fix and keep working on a genuine way to pay for a permanent one.” That’s exactly right.

Beyond the SGR patch, the latest compromise bill includes some sound health policy. Two items, in particular, stand out:

Another temporary patch to the SGR is not ideal. The SGR is unworkable, and it should be replaced with a Medicare payment system that makes sense for doctors and patients. Heritage has outlined, repeatedly, how this can and should be done. A year’s grace period would enable Congress to enact a permanent SGR reform, improving on their bills and paying for the reforms with sensible changes that create permanent Medicare savings. The best source of those savings is structural Medicare reform.