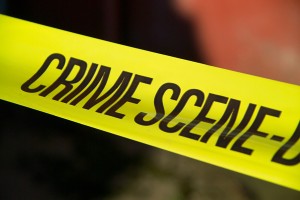 Author and Crime Prevention Research Center Pres. John Lott was interviewed on WMAL’s Morning’s On The Mall with Larry O’Connor and Brian Wilson to discuss the effete policy of gun-free zones.  It’s an issue that’s thrust itself back into the spotlight in the aftermath of the tragic shooting at Fort Hood last night.

Once again, members of our military were left defenseless because of this nonsensical gun control policy, Lott said:

I mean, I hope people would just reevaluate these gun-free zones, in general. I mean, at some point, I just wish the media once in a while would go and say — when they go through all the other things, like where the person may have obtained a gun; whether they had mental illness. Often the easiest thing for a reporter to check is: were guns banned from the place where the attack occurred?

At some time, people have to recognize that, with just two exceptions, at least since 1950, all the multiple victim public shootings in the United States have taken place where guns are banned.  And you see these individuals, they surely act as if they’re trying their best to find areas where victims can’t defend themselves.

And, this isn’t the first time he’s commented about gun-free zones.  In January, Lott noted that this policy inflicts “cruelty” on the general public.  He mentioned Aurora in the piece, but also added that we should look to “the advice from PoliceOne, whose 450,000 members make it the largest private organization of active and retired law-enforcement officers in the U.S.”

Lott said: “[PoliceOne] surveyed its members last March and asked, ‘What would help most in preventing large scale shootings in public?’ Their No. 1 answer: ‘More permissive concealed carry policies for civilians.’ (It was followed by ‘More aggressive institutionalization for mentally ill persons.’).”

Shortly after the Sandy Hook shootings, journalist John Fund expanded on the statistic Lott offered on mass shootings since the 1950s (via National Review):

Economists John Lott and William Landes conducted a groundbreaking study in 1999, and found that a common theme of mass shootings is that they occur in places where guns are banned and killers know everyone will be unarmed, such as shopping malls and schools.

Lott offers a final damning statistic: ‘With just one single exception, the attack on congresswoman Gabrielle Giffords in Tucson in 2011, every public shooting since at least 1950 in the U.S. in which more than three people have been killed has taken place where citizens are not allowed to carry guns.’

There is no evidence that private holders of concealed-carry permits (which are either easy to obtain or not even required in more than 40 states) are any more irresponsible with firearms than the police. According to a 2005 to 2007 study by researchers at the University of Wisconsin and Bowling Green State University, police nationwide were convicted of firearms violations at least at a 0.002 percent annual rate. That’s about the same rate as holders of carry permits in the states with “shall issue” laws.

In Case You Missed It:  Dave Chapelle Offers to Sit Down With Netflix Employees to Talk About His Jokes But Nobody From the Platform Has Taken His Offer According to His Team
Posted in Freedoms and tagged Constitution, Crime, Freedom, Liberalism.

Gas prices in Europe to rise 50%, if it abandons Russia’s supplies

Domestic prices in Europe will go up by at least 50 percent, if it cuts supplies from Russia, according to...