The Muslim world is keeping the centuries old “matzah blood libel” alive and well – even in Egypt, with which Israel has a peace treaty. 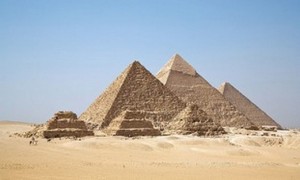 The libel that Jews use the blood of non-Jews to make matzah for Passover originated in 1144 with the fabricated story of William of Norwich, England. The Arabs continue to use this libel, and the Middle East Media Research Institute (MEMRI) has translated and posted a television interview with an Egyptian lawmaker who chose to disseminate this false accusation.

Khaled Al-Zaafrani, founder of the Egyptian Justice and Progress Party, made the comments in the interview which aired on Al-Hafez TV on May 12, 2013.

“It is the Jews who have instigated wars in the world,” Zaafrani said during the interview. “They instigated World War I, as well as World War II, and they will keep on instigating wars. The Jews cannot live without wars, conspiracies, deceit, and deception. We can rest assured that the Jews will not seek or uphold peace.

“It s well known that during the Passover, they make matzos called the ‘Blood of Zion,’” he continued. “They take a Christian child, slit his throat and slaughter him. Then they take his blood and make their [matzos]. This is a very important rite for the Jews, which they never forgo.”

Asked by the interview whether the Jews do this to this day, Zaafrani replied, “Absolutely. The French kings and the Russian czars discovered this in the Jewish quarters. All the massacring of Jews that occurred in those countries were because they discovered that the Jews had kidnapped and slaughtered children, in order to make the Passover matzos.

“Recorded evidence of this is kept in the Egyptian national archives. This happens to this day,” he claimed.

The lawmaker concluded his remarks by claiming, “When this subject is raised, the Jews consider it to be a problem, just like the problem of Hitler and the Holocaust.”

Professor Moshe Sharon of Hebrew University recently told Arutz Sheva that there were still many instances of the false accusations against Jews for allegedly using the blood of non-Jews to make matzah, but that these accusations today are made in the Muslim world, not the Christian world.

He noted that the accusation that Jews use the blood of Christian or Muslim blood is quite common in Islamic literature. Materials printed by Hizbullah, Hamas and other terror groups, along with books sold throughout the Arab world, discuss alleged cases of Jewish use of blood for matzah baking, said Sharon.