Few will likely find themselves reading the fine print added to the new terms of service issued by Google this week, but the updated version clarifies to customers once and for all that the contents of messages you have going in and out of Gmail are being scanned. 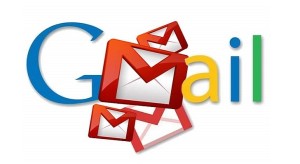 On Monday, the search engine site-turned-Silicon Valley giant updated the terms of service that its hundreds of millions of Gmail users must agree to in order to use the immensely popular free email service. But while the latest TOS clause doesn’t exactly reveal any new practices being performed by Google or conditions that’d catch its customers by surprise, the company is now being upfront about its controversial practice of skimming content in order to, as they put it, provide users with “relevant product features, such as customized search results, tailored advertising and spam and malware detection. “

“When you upload, submit, store, send or receive content to or through our Services, you give Google (and those we work with) a worldwide license to use, host, store, reproduce, modify, create derivative works (such as those resulting from translations, adaptations or other changes we make so that your content works better with our Services), communicate, publish, publicly perform, publicly display and distribute such content,” the updated clause continues. “The rights you grant in this license are for the limited purpose of operating, promoting, and improving our Services, and to develop new ones.”

Google has published the fine print online, and has also made available a version that compares the latest TOS with its previous terms, last updated on November 11, 2013.

“We want our policies to be simple and easy for users to understand,” Google said in a statement this week. “These changes will give people even greater clarity and are based on feedback we’ve received over the last few months.”

Although Google doesn’t elaborate any further in their statement, the feedback that they allude to is likely related to a federal court case that has been centered on complaints stemming from the scanning process in question. Google has previously argued that it scans data sent over its servers using fully automated processes that involve no human review of any kind.

And as RT reported last year, Google has adamantly defended this practice by saying data handed from any person to a third-party is no longer private.

“Just as a sender of a letter to a business colleague cannot be surprised that the recipient’s assistant opens the letter, people who use Web-based email today cannot be surprised if their emails are processed by the recipient’s [email provider] in the course of delivery,” Googled argued in a motion filed last July. “Indeed, ‘a person has no legitimate expectation of privacy in information he voluntarily turns over to third parties.’”

Last September, the presiding judge in the case authorized a motion that said that the “critical question with respect to implied consent is whether the parties whose communications were intercepted had adequate notice of the interception.”

“That the person communicating knows that the interception has the capacity to monitor the communication is insufficient to establish implied consent. Moreover, consent is not an all-or-nothing proposition,” Judge Lucy Koh wrote for the United States District Court in the Northern District of California.

Google’s terms and condition then, Koh said, “cannot conclude that any party – Gmail users or non-Gmail users- has consented to Google’s reading of email for the purposes of creating user profiles or providing targeted advertising.” In turn, Google uses that “customized” experience to generate around $50 billion a year in targeted advertising profits.

As Casey Johnston of Ars Technica noted on Tuesday, however, Google’s updated TOS doesn’t alleviate all of the problems produced for Judge Koh. Indeed, non-Gmail users who are opposed to having the outgoing messages they send to customers of Google scanned wouldn’t necessarily know that their correspondence is subject to such scrutiny unless they were Gmail users themselves who accepted the newest terms.

“The specific mention of ‘received’ content suggests Google may not want the burden of warning non-Gmail users that emails sent to Gmail will be scanned,” Johnston wrote.

Google will collect and use the data at will, including your photo with no compensation to you. Expect they are selling your data to the NSA.

In Case You Missed It:  Who Are These People? Dirtbag Mitch McConnell Threatens to Defy Trump and Pick His Own Candidate to to Run Against Herschel Walker in GA Senate Race
Posted in Freedoms and tagged Freedom, Internet, US Citizen.