Another sob story in the left-wing media about Dzhokhar Tsarnaev? 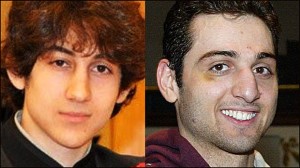 Yesterday it was the turn of  The New York Times, under the headline, “Marathon Bombing Suspect Waits in Isolation.”

Needless to say, the ACLU is up in arms.

Boo-hoo-hoo. And if he were in general population, rest assured the headline would have been, “Marathon Bombing Suspect Waits in Fear of his Life.”

Needless to say, the ACLU would be up in arms.

This one was perfectly timed — on the first anniversary of the Joker placing one of his kettle bombs in front of little Martin Richard, who had moments to live after the Times’ victim du jour decided he wanted to murder an 8-year-old infidel.

Does every trust-funded, pony-tailed male Marxist writer in this country have a crush on the “tousle-haired” youth? Rolling Stone, the Globe, now the Times — they start writing about this guy and suddenly they sound like heartsick teenage girls.

This isn’t journalism, it’s mash notes. If these Tiger Beat-like stories were Top 40 songs, they’d have to bring back Leslie Gore to sing them.

It’s My Fatwa and I’ll Cry if I Want to.

Do you suppose Jann Wenner, who got the whole thing going with his infamous Rolling Stone cover, realizes that if the Joker and his pals ever succeed in establishing sharia law, he and his “partner” Matt Nye won’t be together very long? Yet they swoon over this mass murderer who would cut their heads off in a Riyadh minute. This is beyond Stockholm Syndrome, this is the Kabul Conundrum.

Last year, the Boston Globe told us that his late 26-year-old brother, whom the Joker killed when he ran over him in a stolen SUV, was a “stay at-home dad.” Yes, that and the prime suspect in the murder of seven infidels.

The Times even lifted the Globe’s golly-gee description of the bloodthirsty foreigners as “homegrown.” Really? When you go to the produce stand and you read “homegrown,” above, say, the vine-ripened tomatoes, do you assume they’re from … Dagestan, or Chechnya?

That’s the Third World hellhole these monsters came from, to go on welfare here in the Great Satan.

“He ventures outside infrequently, and only to a small open outside space.”

If Devens is so damn bad, why does every incarcerated wiseguy from New England scheme to get transferred there? Even the Times grudgingly acknowledges that his treatment is “fairly standard” for an accused mass murderer. Oddly they forget to mention who’s paying for his five lawyers, two PIs and a “battery” of others — that would be the same people who supported him and the rest of his drunken, sticky-fingered clan of sneak thieves and killers since they arrived here, namely, the taxpayers.

In the next installment, perhaps the Times will inform us whether the Joker misses watching gladiator movies in his cell as he awaits his rendezvous with the 72 virgins.

By Howie Carr go to  howiecarrshow.com to buy tickets to one of Howie’s “Nights of Crime.”

Are Americans Tired of the Obamacare Debate? Obama Says Yes

Photo: UPI/Martin H. Simon/Newscom The American public wants lawmakers to move on from the political debate over the effectiveness of...