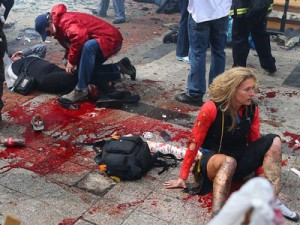 On the very same day of the anniversary of the Boston Marathon Bombing, the New York Police Department announced the end to the Muslim surveillance program which had been instrumental in collecting data and catching would-be terrorists.

The Associated Press reported that in a statement, Mayor Bill de Blasio, a Democrat, called the move “a critical step forward in easing tensions between the police and the communities they serve, so that our cops and our citizens can help one another go after the real bad guys.”

Of course not everyone in the Muslim community is “a bad guy,” but let’s analyze this. In an article I wrote some time back, (“NYPD Mosque Surveillance Protects Us”), I explained:

As a result of an undercover informant in a New Jersey mosque, a plan to blow up New York City landmarks was foiled. And much of the planning of the 1993 bombing of the World Trade Center took place in a mosque. “The recruiting went on in the mosque, a lot of the instruction went on in the mosque. We even had gun transactions in there,” according to Andy McCarthy, who was lead prosecutor on the case.

One important NYPD mosque investigation led to the foiling of a considerably dangerous plot. A Muslim undercover detective originally from Bangladesh, along with the help of a paid informant, was able to thwart a plot to bomb the Herald Square subway station. As a result of the efforts of the two, the plan was not carried out, and Shahawar Matin Siraj, a Pakistani immigrant, was found guilty of terrorism conspiracy.

The informant, an American citizen originally from Egypt, had a degree in nuclear engineering and was asked if he knew how to make a nuclear bomb. He was privy to conversations about potential terrorist attack ideas, like the possibility of bombing city bridges. The witness testified that Siraj said, “Our people’s time is coming. So let’s do it.”

He further testified that Siraj was upset over America’s policies in the Middle East and the war in Iraq, and this is what prompted the idea to attack Americans so they would stop harming Muslims. “They were hoping to take revenge against America. That’s what they were hoping — to destroy the country, the economy,” the informant stated. This attack would likely have been perpetrated had the New York City Police Department not been proactive in its surveillance. A terrible tragedy was averted.

The FBI has also come under fire for its investigation of several California mosques, and a lawsuit against the agency was filed based on the premise that by using undercover informants, the FBI was somehow violating the mosque attendees’ civil rights. Although a judge dropped the case against the FBI in August 2012, the individual agents involved are still under fire. The Muslim complaint is that they should not be investigated if there is no reason to suspect any wrongdoing. However, if the FBI were to wait for something suspicious to happen, it would be too late. 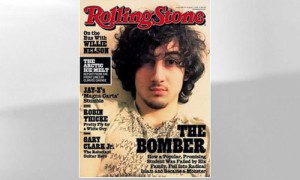 Mosques in Europe have been proven to be worthy of investigation as well. In the summer of 2004, the Swedish radio program “Ekot,” (“The Echo”), investigated the content of Friday sermons in Swedish mosques. They secretly taped 15 different imams, and all of whom had begun their sermons with declarations that war, aggression and terrorism contradict Islam.

It was something like a non-obliging preamble, after which the imams, having fulfilled their duty to feign allegiance to Swedish laws, began to preach their true intentions. One of the imams was recorded as saying, “G-d, keep Islam and Muslims high and protect Islam. G-d, humiliate the infidels. G-d, humiliate the enemies of Islam: Jews, Americans and Brits and all those who support them, who cooperate with them and who are in alliance with them. G-d, destroy them all. G-d, leave none of them alive. G-d, give victory to mujahedin everywhere.”This is what is being preached in their “houses of worship.”

The same radio program also came across anti-Semitic tapes being sold at a Stockholm mosque. One of the tapes features a sheikh saying, “Oh G-d, eradicate the Jews, oh G-d, eradicate the Jews, oh G-d, eradicate the Jews! Oh G-d, curse them and banish them and let them be whipped by suffering. Oh G-d, over heaven and earth!” Another describes “Jews as vermin, as brothers of monkeys and pigs, and that there is no solution to the Jews but a jihad – a holy war.” Solution? Solution for what exactly? Simply for being Jews? Sounds oddly familiar, like Nazi propaganda. Muslims who are offended by this surveillance would not be so angry if they thought the NYPD would find nothing. If there was nothing to fear, why then would Muslims be crying bloody murder about the “violation of their rights” and “discrimination”?

I would invite the NYPD, FBI or any other government authorities to investigate all the churches, synagogues, Buddhist and Hindu temples or any other houses of worship across the country, secretly tape what goes on, what is preached, what individual attendees say, everything. Because if there is nothing to hide, why worry? Come to our houses of worship, and you will find nothing. Come to a mosque- well, that’s another story. Unfortunately, the Muslim community would rather hide behind political correctness and use accusations of discrimination and “Islamophobia”, rather than encourage investigations which should come up empty if mosques are so squeaky clean.

More from the AP article: “Linda Sarsour, the executive director of the Arab American Association of New York, said she was among a group of advocates at a private meeting last week with police brass at which the department’s new intelligence chief, John Miller, first indicated the unit — renamed the Zone Assessment Unit — wasn’t viable. She applauded the decision but said there’s still concern about the police use of informants to infiltrate mosques without specific evidence of crime. “‘This was definitely a part of the big puzzle that we’re trying to get dismantled,’ Sarsour said. But, she added, ‘This doesn’t necessarily prove to us yet that these very problematic practices are going to end.’ “Another person at the meeting, Fahd Ahmed, legal and policy director of Desis Rising Up and Moving, called the decision ‘a small step.’ He questioned what had happened to the information gathered by the unit.

In Case You Missed It:  “We Will Not Comply!” – Thousands March Against Covid Vaccine Mandates in NYC (VIDEO)
Posted in Terrorism and tagged Mosques, Muslims, New York, Terrorism, United Socialist States of America.

Liberal Europe is a Breeding Ground for Sectarian Islamist Killers

The vibes of multi-cultural Europe, gender rights, numbing down on Christianity, progressive age based on new technology, growing atheism, and...