“Experience: that most brutal of teachers. But you learn, my God do you learn.” –C.S. Lewis

I have been getting more than a few e-mails as of late whose gist runs in the vein of intense dissatisfaction at what has occurred since the last election. It seems that many a patriot has gone to his house, locked and pulled shut the blinds and is awaiting that cattle car ride to the district FEMA camp. Many have eschewed the news like a plague and have instead opted for an intellectually diabetic diet of Storage Wars and Pawn Stars. It is hard to fault them as such. Even I must admit that seeing Obama reciting the oath on Lincoln’s bible was the equivalent of Antiochus Epiphanes sacrificing a pig on the Holy altar of the Second Temple, although here I may not be quite guilty of hyperbole. It is horrendous to see that which one loves given over to swine.

Conservatives by nature are normally rather positive fellows. In the itinerary of their lives they look for answers to conundrums and for the most part do not beat their breasts and wail when running up against formidable obstacles. Our take on the world is generally one of lucid causality and rationality. If the Judeo–Christian West has gleaned anything from Science, we have learned that focus and tenacity are levers to move the world. In contradistinction, hysteria and emotionality are the provenance of the Progressive caste: whose zeitgeist of covetousness and fear are more attuned to petulant children living in terror that they will soon be thrown out of their parents’ basement now that the teat has run quite dry.

But even optimism has its boundaries. It seems as if in electing Barack Obama, we conservatives have become collectively the innocent couple who rented out their place to Michael Keaton in the film “Pacific Heights.” Although his pedigree was mysterious and his friends were shady, few anticipated that “The One” would begin drilling through and gutting constitutional walls, injecting vermin into the national superstructure, and use the law itself to bind and stifle us while appropriating America for his own personal designs. But while Keaton’s character was bested and the maniac was finally extricated from the house, we have given the First Antagonist another four year lease; and now it appears that the kid gloves have indeed come off– to our own abject horror.

If I were a despairing man, I might hold that there was no solution.  Now, there is a remedy, but not one of the quick-fix TV varieties. Since we did not arrive at this predicament overnight, the answer will take time—and it may require a generational cure.  Having long ceded the institutions that educate our youth to intellectual vagabonds, we are now reaping the whirlwind of inattentiveness, so to speak.  And until we can evangelize freedom rightly understood to a new cohort of youth that can fill those ranks, we may be destined either to a low level civil war or a time in the wilderness. We must come to grips with this: a weak and depraved political imagination will always choose Fruit Loops over castor oil and will forever sell its youngest sibling into slavery for free ringtones on an Obamaphone. Plato and Aristotle were correct—republics losing their virtues always destabilize into democratic mobocracies until they finally devolve into worse.

The Good News is that the Progressive ideology is insufficient to animate government for long after it has come into its own full flowering. It only can sustain itself temporarily and parasitically on a healthy organism before it succeeds in crippling its host and breeding intense enmity.   I believe it so deficient a vision that I categorically state that it will soon come crashing down in America, as is occurring everywhere on earth.  The nagging problem is that the entrenched Progressive ideology is tightly bound in a bastard amalgam of anti-theism and the rejection of the old moral order. Therefore, a certain sizeable segment of our society has a psychological vested interest in the secular Marxian collectivist faith.  That being said, the pain that arises from the eventual penury of the state will be itself the schoolmaster that sows the seeds of intellectual and material dissatisfaction once this dark edifice with feet of clay loses its legitimacy as a cynical dispenser of coerced redistribution.  This will bring about a long fight and comes fraught with great cost– but it is necessary and worthy.  So often, light only penetrates into things which are broken.

Pain and suffering are the inexorable result when Castles in the Sky collide with the nuts and bolts reality that a bankrupt regime has tapped its last dime from rubes across the sea and has sold its children’s birthright for a mess of pottage. Unable to any longer pick the empty pockets of one man to purchase the patronage of another, pain becomes the necessary evil that dashes the artificiality of the Socialist Shell Game. When a rotten feudal educational system collapses under the burden of its own corpulence and its social engineers can no longer manufacture compliant drones for the state, then pain can accomplish an equilibrium where truth can get a word in edgewise.

Pain will be Gabriel’s Trumpet sounding the call for American families to take care of their own. Economic pain will de-incentivize the promiscuity and morality of men and women who copulate and flourish on another’s dime. Moreover, pain reminds men that they are not mere ends in themselves and that they are purposed for transcendence. And more fully, it will be pain that in the end redeems the Capitalistic ethos from just a value neutral materialist system in which the accumulation of money at any cost is the highest good– a myopia that provided the fetid spore from which the rot of Marxism engorges upon.

Pain clears the head and sharpens the vision. It prioritizes things like no other teaching can. Only the pain that attends economic failure can crush the cynical and wicked subtext of the collectivists’ psychological worldview that assents to the robbing of Peter to pay Paul. The egalitarian consciousness, a mindset fraught with envy as its ruling passion, despises excellence because it reminds indolent men of their own deficiencies.  It would rather condemn all to the sty rather than have to acquiesce to the knowledge that another man exhibited more virtue. The pain that will come from the debacle of an unsustainable economic pipe dream can become the schoolmaster of the awakened soul.  We should never underestimate the value of pain.

Pain brings men to their senses and it brings hearts close to God. It frees the mind of ephemeral and petty preoccupations and puts it in touch with the demands of nature as opposed to the artificial constructs which serve as the brittle foundations that the pathologically democratized man erects his life upon.  As C.S. Lewis said, “God whispers to us in our pleasures, speaks to us in our conscience, but shouts in our pains: It is His megaphone to rouse a deaf world.”

We have been either blessed or doomed to live in interesting times. Hegel wisely said, “The Owl of Minerva flies at dusk”– Wisdom only comes in retrospect at the end of an epoch– far too late to be of imminent service.  In the absence of some Great Re-Awakening of the Founders beautiful intent, only travail and a hoped for reinvigoration are the lots of men who reside in the shadow of ages such as ours.

Glenn Fairman lives and writes at a District FEMA Camp outside lovely San Bernardino. He can be summoned for interrogation at [email protected] and followed at www.stubbornthings.org and on Twitter. 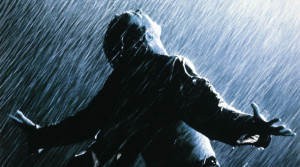 In Case You Missed It:  Disturbing video: Australian covid camp police threaten to "gas" covid prisoner instead of releasing him after 14 days
Posted in Freedoms.

BBC Newsnight's Gabriel Gatehouse investigates the links between the new Ukrainian government and Neo-Nazis. [youtube 5SBo0akeDMY nolink] The European and...