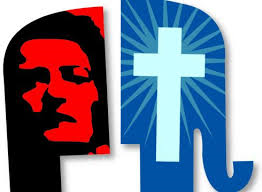 If you believe that America can successfully sever social from fiscal conservatism and call the resulting abomination some species of prudent constitutionalism, then you my friends are gravely mistaken. By attempting to do so, we prove that we have profoundly misunderstood the moral-political implications of our Founding: which emanated by way of the “god of nature or nature’s god” and were aimed towards the enlightened ends of life, liberty, and happiness. As we speak, the Right is being cunningly tempted by the lure of their well-intentioned brethren who propose an individualist’s ethical fiction and generalize its enticing fancy into the public square. Yet, if statecraft is synonymous with soulcraft, then dismembering virtue from the city will have astonishing repercussions down the road for both the American regime and for its people’s moral excellence.

Social Conservatives believe that we are far more than just calculating material beings. Whether we trace our moral-intellectual roots from Adam or Aristotle, we are deemed rational creatures capable of attaining the rudiments of transcendent truth; thus, we are pre-disposed to be politically natured gregarious beings. Knowing this, our aims are far higher than the accumulation or conservation of wealth. If we are not in the persistent pursuit of the first things of being: a search facilitated by virtue of our constitution’s regime of ordered freedom, then we are unworthy of that liberty – and will soon lose it as we descend into the maelstrom of our disordered passions. A good society requires a fabric of beliefs that will unite and sustain it – and even a creed as simple as E Pluribus Unum can give us form and cohesion for a time. Our coins even remind us of that great pillar of our civic founding — “In God We Trust.”

Ignoring the aged planks of social conservatism for an electoral win is suicide on the installment plan because what some refer to as “those ancillary social issues” have huge moral-fiscal consequences down the road. Can a society that aborts its future tax base truly affirm that it will not also be indifferent, for the sake of expedience, to the lives of the elderly or the infirm? What are the monetized consequences of the drug addicted on civil society and its institutions? What are the fiscal ramifications of a humanistic school system selling a disenchanted worldview to our youth and how will that play out down the road when they make that fateful decision to be producers or takers? If there are many ways of “being’ and all are held to be equally valid, then why not opt for the life of maximized care-free pleasure over the drudgery of child-rearing? Why save for a rainy day through the sweat of your own brows? If the answer seems obvious and the narcissist’s road leads a people to penury and disintegration, then we should perhaps accustom ourselves to looking further down that road than the next election.

It is high time that some of those who “loosely” bear the moniker of “Conservative” reacquaint themselves with the philosophy of Edmund Burke, the Father of our Movement, or take on some reading that is older and wiser than what this near-sighted age affords us. In doing so, it may soon dawn upon savvy intellects that the religio-moral wisdom and traditions of the West are not antiquated stained-glass relics, but are foundational and informative to both the character and preservation of republics.

Our Founders envisioned this country as something far loftier than a secularized cosmopolitan commercial entity — a materialist’s bazaar, where the deep and abiding essence of revealed religion (that informs its laws) is purged from its public square and held to be as unnecessary as boots on a lizard. Hearts and minds are purchased with ideals and first principles, not dollar signs. If you will look beneath the surface, you will find that America’s entire understanding of limited government is predicated on that Judeo-Christian worldview warning us that since men are fallen, any power allotted them should be dispersed, stabilized and held accountable. Our freedoms come from our equal status as children of the Living God, which are by natural right inalienable and deduced by men who saw humanity and history at its deepest — particularly the Founders who conceived of us as sovereign and duty-bound rational beings. But if our liberty and attendant rights are ultimately generated solely by the constitution or the regime itself, then once these documents are systematically pruned back or repealed by tyrants or busybodies, are those rights therein alienated from us forever? Do they merely pass into extinction?

We have been lectured ad nauseam by men, claiming to be prudent “politicos,” who know the way to electoral El Dorado. They tell us:

Tone down your antiquated morality and join with us in the biggest of tents. For victory’s sake, shut up about selective abortion — you are frightening away women! Turn your intolerant eye away from gay marriage – acquiesce to sodomy and its normalization. And if American freedom is rationalized as the enjoyment of a joint or if the whiff of a powder makes people happy, then who are you to judge them? You are alienating young voters! Go to your own tent and make peace with your God – we’ll handle it from here on.

Word to those politicos: Standing up for first principles and failing short in an election cycle doesn’t make you naïve: it makes you principled– even if you become that lone voice among fools. But if a society has a neutral public square, the immoral imagination can fill it with any manner of horrors and not blink. There are a dozen malignancies that an ill-considered libertarianism would give assent to under the rubric of indiscriminate liberty. Take that to the bank, brudda.

Those “Conservatives” who call for a public square scoured clean of Christianity, under color of the specious Separation of Church and State, (an extra-constitutional doctrine found in Jefferson’s private letters) have unwittingly fallen into the hands of the expansive regime — which proclaims itself the moral master and the final arbiter of the human good by right of its unassailable “wisdom.” This is tantamount to saying that the moral penumbra that religion imparts is unsuitable for the governing of a free people. As society evaluates and attempts to solve its copious moral-political firestorms, is it prudent that a prevailing regime should, through bigoted secular fiat, throw out the baby along with its theological bathwater?

A religiously based conviction does not lose credibility because it approaches the political arena through revelation or is deduced through right reason. If a public policy, whatever its pedigree, consistently resounds in our hearts and minds as a tonic good for a people, should we sequester its moral imperative in churches or in meeting houses, away from any good it can offer the body politic writ large? Moreover, if a theologically based remedy to our ills appeals to me as a Christian, might it not also pragmatically appeal to the agnostic as sound public policy, all things being equal?

Let us not forget that it was the religious doctrines of abolitionists that fought the edicts of states, judiciaries, and the federal entity itself by rhetorically persuading men to the righteous conclusion that the Negro was fully human and not an animal to be wrangled as chattel – therein thwarting a civic abomination that was at one time upheld by positive law. If something is wrong, is it wrong solely by statute? And if you are unsure, what morality or ethic informs that law? Something deeper than human law must underlie what we acknowledge as good or evil, or else what objective standard shall we employ to arrive at the conclusion that the actions of an obedient Nazi are inconsistent with the deeds of a good man?

Changing your spots so that you can be made more palatable to the clever, the dull and covetousness does not make you a wise and prudent statesman, it makes you an ideologically expedient courtesan more concerned with the acquisition of control than the preservation of cities. This in itself is ultimately lethal, especially in the twenty-first century — where upright-walking rabbits have carelessly abandoned any authoritative moral obligation greater than the procurement of power, even at the cost of souls that have been entrusted for their safekeeping.

In Case You Missed It:  American Medical Association releases stunning document teaching doctors to LIE to patients while deliberately exaggerating covid death claims... the AMA admits to its own complicity in crimes against humanity
Posted in Freedoms.