(Terence P. Jeffrey)    In the budget proposal he presented to Congress last month, President Barack Obama called for what would be the highest level of sustained taxation ever imposed on the American people, according to the analysis published last week by the Congressional Budget Office.

America has never been subjected to a ten-year stretch of taxation at that level.

In the twelve fiscal years preceding the Japanese attack on Pearl Harbor (1930 through 1941), federal taxation averaged 5.3 percent of GDP.

In the twelve fiscal years from 2002 through 2013, federal taxes averaged 16.1 percent of GDP—the same that they averaged during World War II. However, the federal government ran deficits in each of those twelve years. 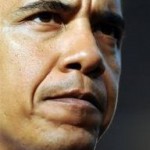 Under Obama’s budget proposal, according to the CBO, the budget will never balance. But over the next ten years, the federal government would add $7.183 trillion to its debt held by the public.

While adding that $7.183 trillion to the debt held by the public, Obama would increase taxes by $1.4 trillion, said the CBO report.

Rise of the new Russian empire

Influential followers of Putin see his actions in Ukraine as the first step towards the creation of an Orwellian superpower:...