Actually, it has taken a bit longer than I had expected, but Obama and his “Marxocrats” are finally getting around to us, you know, conservative broadcasters, commentators,  and bloggers. 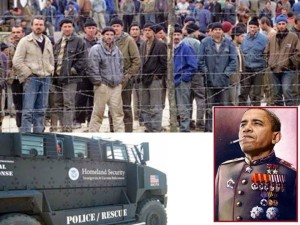 Yep, they are finally going to make an all out effort to shut us down—and up!  We will officially be “Haters.”  Then they’ll accuse us of hate crimes because we don’t follow the “party line” and slap our behinds in jail, or reeducation camps,  much like the old Maoist reeducation camps of a few decades ago.

So far the MsM hasn’t made much of this because they are controlled from the Obama’s West Wing or directly from the Oval Office.

(I wonder how “amazed” the Leftist press will be when Obama’s henchmen march into their press rooms and begin smashing computers and ripping out hard drives with incriminating evidence on them to send those poor Leftists—now “useless idiots” to Obama’s gulags for crimes against Obama—or the state.

It always happens that way.  The Left just never accepts that THEY will be the very first one’s “detained” by the tyrants when round-up time comes.  I’d laugh were it not for the tears.)

So, what the heck am I talking about?

I am alluding specifically to: “The Hate Crime Reporting Act of 2014.”

Never heard of it, huh?  It figures.

The Hate Crime Reporting Act of 2014 “would create an updated comprehensive report examining the role of the Internet and other telecommunications in encouraging hate crimes based on gender, race, religion, ethnicity, or sexual orientation and create recommendations to address such crimes,” stated a news release from Markey’s office.”

The Bill  “… calls for the Justice Department and the U.S. Commission on Civil Rights to “analyze information on the use of telecommunications, including the Internet, broadcast television and radio, cable television, public access television, commercial mobile services, and other electronic media, to advocate and encourage violent acts and the commission of crimes of hate.”

The bill does not define which actions by broadcasters would be considered to have encouraged violence, seemingly leaving that open to interpretation.” 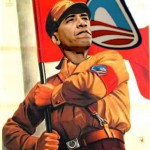 I find it astounding that a MsM newspaper, the Boston Herald, referred to the bill as: “frankly chilling.”  In fact, the paper said they found it: “frankly chilling” that Markey is seeking to “empower an obscure federal agency to begin scouring the Internet, TV and radio for speech it finds threatening.

“Perhaps he could crack a briefing book on the crisis in Ukraine rather than looking for his own extra-constitutional methods of punishing speech he finds unacceptable,” added the Herald editorial.”

The fact that a Leftist news organization finds this bill chilling and frightening, REALLY gets my attention.

As a commentator, I have been offering opinion pieces for many decades.  There can be no doubt that from time to time any commentator worth his mike or keyboard will offend someone, and inspire others.  It is the nature of what we do.  We give voice to those who have something to say but for various reasons haven’t the wherewithal to make their feelings public and thence are shut out of the public debate.  We are their voices.  It has been said that we afflict the comfortable and comfort the afflicted.

But the plain fact is that we make those we oppose very uncomfortable drawing attention to their grand mistakes, their foibles, their machinations in the shadows – out of the public’s sight, and—inevitably—to their lies.  We make their lives miserable.  We are the burr under their saddles, the thorn in their flesh, and—all too often—we become the only conscience they have.

You bet—they want to shut us up.  The Hate Crime Reporting Act of 2014 will go a very long way in muzzling critics of the Left whether behind a microphone, a keyboard, or in front of a camera.

Students of history will tell you this is nothing new.  It dates back to the Spanish Inquisition and in more modern times, the Nazi regime of Hitler, the old Soviet Union, and Maoist China.

It is just more of the American Police State.

Any day now, I expect the announcement to go out to those in the executive branch of the US legislature that they should drop by the West Wing and be measured for their tailor-made brown shirts to be worn at all times for the duration of the Obama Regime.

I am very afraid, dear reader, that we have allowed America to become so corrupt that no tweaking will suffice to restore our old constitutional, representative,  republic. America has gone the way of all democracies—suicide.

The idea that the Obama administration willfully orchestrated a disinformation campaign with regard to the attacks in Benghazi has now...