With Obama and NATO pushing toward war the new Whitehouse backed un-elected Government in Ukraine has a operation in Slavyansk early Friday morning, as air raid sirens went off and gunfire was heard. 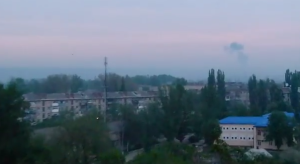 “The attack is targeting a few checkpoints at the same time. A few armored vehicles and airborne combat vehicles arrived and airborne troops descended from the helicopters and attacked the checkpoints. Some forces were dropped off around the train station, where we didn’t have anyone,” RIA Novosti quoted the press secretary of the Slavyansk self-defense units as saying.

Early Friday morning, a city siren – which is designed to warn local residents of a military attack – went off and shots were heard. A few minutes later, the siren stopped and everything calmed down, according to reports.

“For now everything is calm in the city center. There are no reports of injuries yet,” the spokesperson said.

A police station was reportedly seized, while the city center remains quiet, RT’s Paula Slier reported from Ukraine. Several armored vehicles have been seen outside Slavyansk, she added.

Thick smoke was spotted on the outskirts of the city, where the roadblocks are located.

There are unconfirmed reports that at least two Ukrainian military helicopters have been shot down.

A commander at one of the checkpoints told RIA Novosti that the Ukrainian army has taken control of one of the roadblocks on the outskirts of Slavyansk, as well as the city’s TV broadcasting center.

The New Ukrainian government back by the Whitehouse is attempting to start a revolution and war against the pro-Russian Ukrainian cities.

Three helicopters have been shot down by Slavyansk  self-defense forces, according to reports. Earlier, two of the helicopters were reportedly shot down, with one pilot dead and another one captured, RIA Novosti news agency reported.

The Slavyansk self-defense leader also said that helicopters are shooting down at the city with missiles, but that there have been no reports of damage, Interfax reported.

A commander at one of the checkpoints told RIA Novosti that the Ukrainian army has taken control of one of the roadblocks on the outskirts of Slavyansk, as well as the city’s TV broadcasting center. The Ukrainian army is putting up artillery around the captured TV station in Slavyansk, a city administration spokesman said, as cited by RIA Novosti.

A video posted on YouTube reportedly shows the start of the special operation in Slavyansk: 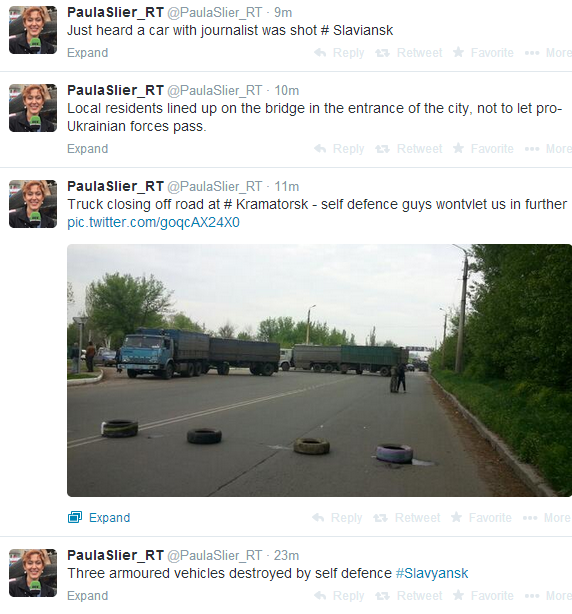 While he was on campaign for the presidency in 2007, President Barack Obama took to the MTV airwaves to answer...