It took 30 long years and a taped telephone conversation for for the National Basketball Association to recognize the overt racism of one of its own. 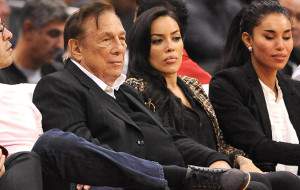 Now that there’s taped proof that Los Angeles Clippers owner Donald Sterling is a bloviating bigot, everyone, including the racially divisive President Barack Obama’s in on the act.

Even if the NBA forces the sale of the Clippers to a conglomerate that includes Oprah Winfrey, they will have only gotten rid of one single racist in getting the Clippers out of the control of motor mouth Donald Sterling.  Real racism is much too rampant to rid society of one racist at a time.

Nobody is saying so but it’s not racism in the wealthy sports world of the NBA where folk are hurting the most.  It’s the little kids in America’s poor ‘hoods who never get out to a game and who live in a poverty never noticed by self-serving, run-off-at-the-mouth politicians.

When any racist is discovered in his lair, the statements and speeches of the holier-than-thous continue for weeks on end.

The racism that should really be keeping us awake nights is the kind that is government-manufactured.

A look at real racism shows that Black Unemployment returned to double white rate under Obama.

“According to a Pew Research report, the unemployment rate among African-Americans is now 13.4 per cent.

“The report is released as the 50th anniversary of Martin Luther King Jr.’s “I Have a Dream” speech is about to be celebrated.” (Breitbart, August 23, 2013)

At the pop culture is building statues to hypocrisy, other minorities are being abused by high standing members of the Obama team.  With no apologies, only a weak walk-back and little media attention,  Secretary of State John Kerry warned that Israel could become an Apartheid State on the eve of Israel’s Holocaust Memorial Day.

While allowing the lucrative abortion industry to kill off a million babies a year, the Democrat Party masquerades behind its media-propagandized ‘War on Women’.

If Obama really cared about other blacks living in abject poverty, would he ignore his half brother George Hussein Obama,  eking out life in a Nairobi shanty town?

Do you have to be a basketball fan for Obama to care about racism?

And what about Michelle Obama’s self-proclaimed ‘War Against Obesity’?  With anorexia causing the suicides of young women whose friends casually noticed they have gained weight, isn’t more sensitivity in order for children with weight problems?

What about fat children made that way by their genes rather than the food replaced and imposed on them at school by nutritionally unqualified Michelle Obama?

Racism and discrimination against minorities will never be stopped by self-promoting politicians, Hollywood stars and sports icons who work to have the masses feel bad about themselves for their own reasons.

In fact when accusations of racism are used for pandering and political gain, it’s unadulterated racism on the part of the accusers.

In Case You Missed It:  Crazed North Dakota Man Runs Over Teen and Kills For “Extremist” Republican Views
Posted in Tyranny and tagged Obama, Racism.

Reports coming out of the UK, specifically the Daily Mail, shed new light on the missing Malaysia Airways Flight 370. Eleven...