Rep. Trey Gowdy (R., S.C) who heads the select committee leading the probe into the September 11, 2012 Benghazi attack is in a position to end run the lying Democrats heading for hide-y-holes by subpoenaing the man who likely knows the truth, the whole truth and nothing but the truth.  That man is Mark Basseley Youssef,  the elusive writer, producer and promoter of Innocence of Muslims. 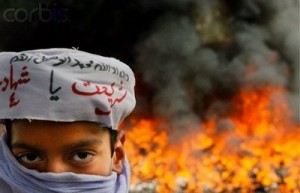 Since his release from a halfway house on Sept. 26, 2013,  Youssef, whose YouTube video was blamed by Obama administration officials for the Benghazi attack, has faded into obscurity.

What if Youssef, who served several months in prison for an unrelated 2010 bank fraud before being imprisoned for a year for Innocence of Muslims, was paid to disappear?

It wouldn’t be the first time a corrupt government administration brokered a deal with a straw man to spend time in the slammer before being retired to a life of quiet luxury in an island paradise.

From the Hollywood Reporter:

“Youssef, who was released from a halfway house last week after serving several months in prison for an unrelated 2010 bank fraud conviction, says he holds no grudge against public officials—including President Barack Obama and then-Secretary of State Hillary Clinton—for initially blaming him for the attack in Benghazi that resulted in the deaths of Ambassador to Libya J. Christopher Stevens, Foreign Service Information Management Officer Sean Smith and Navy SEALS Glen Doherty and Tyrone Woods. After widespread news coverage of the video in the Middle East, deadly riots broke out in several countries.

“Youssef, also known asNakoula Basseley Nakoula,Sam Bacile and other aliases, was arrested shortly after the attack on Benghazi and pled guilty to charges that he violated his parole, stemming from a check-kiting scheme a few years earlier.

The last time anyone heard from the 57-year-old Youssef,  he was reportedly searching for partners to make a new movie and a TV show about the roots of Islamic terrorism and said that the full two-hour version of his film Innocence of Muslims remains safe as a church, locked in a safe deposit box.

The history that followed the Benghazi attack already proved that the riots cited by Obama officials never happened:

“CIA’s station chief in Libya pointedly told his superiors in Washington that no such demonstration occurred, documents and interviews with current and former intelligence officials show.

“The attack was “not an escalation of protests,” the station chief wrote to then Deputy CIA Director Michael J. Morell.” (Washington Times, March 31, 2014)

Since Gowdy’s new Benghazi investigation was revealed, the politicians of the day are diving for cover.

The truth about Benghazi, including the whereabouts of Barack Obama for 10 consecutive hours, will never come from self-serving politicians, who learned all about pleading the fifth from former Internal Revenue Service director Lois Lerner before Rep. Darrell Issa’s House Oversight and Government Reform Committee.

Gowdy, can do an end run around the liars of Benghazi and establish how it happened that Obama officials were able to blame an Internet video that few watched to cover their callous stand down in Benghazi.

Only One Vote Away from Banning Prayer

On Monday, religious and traditionally-minded Americans celebrated as the Supreme Court of the United States ruled that public town halls...