The upcoming House Select Committee on Benghazi will be the first step on the road to impeachment of President Obama: 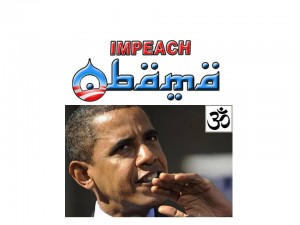 The story was the 2012 attack on the American consulate in Benghazi. Referring to that, on Fox, as “a story no one wants to talk about”.   We have impeached a president for lying about sex with an intern.  A president resigned in the face of certain impeachment for covering up a burglary. Why wouldn’t we impeach this president for not protecting and defending Americans in the bloodbath known as Benghazi?

The outcome of any impeachment will not be an easy one for the GOP, of course. When the GOP takes control of the Senate there would still be a sufficient number of Democrats in the Senate to deny the House the 2/3 vote it would need to convict.

The Assault on Free Speech

We have been witnessing a growing assault on free speech in America by the Left and too often it is...