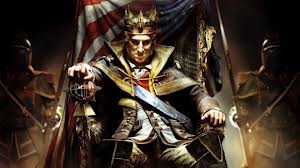 In the beginning there was a dream called America. And in that dream, our Founders, in the Enlightenment spirit that sought to breathe life into the sage wisdom of the ancients, intended to found a mixed regime. Envisioned as a republic, it consisted of a popularly elected House of Representatives (the “Low”) and a quasi-aristocratic body (rule of the best- or the “High”) taking the form of a Senate. Of the latter, those artful framers contemplated an indirectly elected and longer empowered group of men who would act as an aristocratic depository of deliberative wisdom and political memory – a political brake which would counter the tendency towards the unprofitable accumulation of power in representative governance. Having studied the annals of man, the Fathers then duly established this high legislative chamber in the hope that it would be well insulated from the capricious appetites and passions of the fiery demos. And so, in the waning years of the 18th century, a civic architecture revived from the ancients would again be called upon to harness a finely tuned balance of both passion and virtue. Indeed, such political prudence would be deemed an unassailable necessity if this novel type of regime was to remain true to the lofty first principles of its founding visionaries.

Both Aristotle and Plato informed political philosophy of the turbulence of direct democracy and its tendency towards anarchy and tyranny as regimes inevitably degenerated. Consequently, this melding of both “high and low” would lead to a structure of moderation and equilibrium, while firmly establishing a tendency towards incremental change and stability. In this work of civic genius, the rule of law and limited governmental prerogatives were to be bound by enumerated Constitutional provisions that were set in stone to guard the precious liberties of a sovereign people.

Since those days, as the tension between the aristoi and the demos has diminished by virtue of America’s relentless tendency towards egalitarianism, one cannot but recognize the resulting fatal imbalance. By favoring the popular and passionate democratic hunger for an equality of prestige and material result arbitrated through the calculating hands of ambitious men, we are witnesses to this slide towards immoderation in economics, in much the same way we perceive the moral erosion that is even now undermining the way we would conduct our lives. Our current regime’s cynical pandering to short term thinking over the mature considerations of what constitutes: civic and legislative prudence, a sustainable economics, the nexus between governmental and individual virtue, and the Good Life itself – as was once traditionally understood, has caused America to suffer both materially and spiritually. Look all around you. The stench of Barack Obama’s disastrous political philosophy is in the very oxygen we breathe — as we grow smaller, weaker, less certain, and more anxious of what his recipe for transformation truly has in store for us.

In the service of confounding the immoderation that afflicts fallen men once they have tasted the excesses of power, constitutional safety valves where set as bulwarks in the interest of liberty. As watchman over our freedoms, the constitution posited: a separation of powers, checks and balances, 2 and 6 year terms of service for legislators, federalism, and a fundamental bill of rights. All these were carefully contemplated and integrated into a document that was intended to delineate the reciprocal relation between rulers and ruled in a republic. Nevertheless, within a regime of constitutionally grounded popular sovereignty, where the citizen is the “wild card determiner” of its manifest character, it is the intellectual and moral quality of America itself that ultimately and fearfully determines the strength and health of the republic writ large.

In our audacity to improve upon the Founder’s intent, democracy: that egalitarian siren would soon cast her bewitching spell upon the people; and so began America’s post hoc constitutional fiddling. The ratification of the 17th Amendment, the imposition of state term limits for legislators, and the progressive panacea of state ballot initiatives are all merely foolish patchwork attempts at injecting democratic passions into government. Misunderstanding the fully corrosive implications of untamed democracy, we unwisely loosen our system’s fundamental Constitutional tensions as a short-sighted means of saving us from our own degenerate selves. Just as a republic of angels would require little or no laws, so then a crippled republic riddled with: covetous desire, material lust, moral perversion, and clamor for equality at any cost is by definition devoid of restraint and the genius of self-rule. A debauched democracy, fallen in its moral/political vision, will increasingly require a mountain of laws to dampen its tendency towards unenlightened self-interest and anarchy–and even those will prove ultimately insufficient to rescue it from collective suicide.

If one considers the current composition and character of the United States Senate, it is clear that this once august body has free fallen from the Founder’s design. Although it approximates its original form nominally, it appears now that little distinction exists when compared with the House of Representative’s deliberative ethos. Moreover, the Senate, in its current corrupted manifestation, has gone farther and assumed the unsavory role as rubber stamp for the managerial tyranny of the Obama regime. Many of those in its hierarchy luxuriate at the public trough, all while averting a calculating eye to the tearing down of our constitutional firewall. By giving their enthusiastic assent to Imperial prerogatives never dreamed of by the Fathers, there are many within the Senate who are now more destructive to hearth and home than 100 anarchists equipped with bomb vests. In truth, it takes no boldness of intellect to draw an analogy to the Fall of the Roman Republic and the rise of the Principate: where the rights and respective duties of the citizenry came to exist in name only and the Senate declined into a haunt of privilege – having perfected the obsequious art of heeling to its Master’s voice.

No republic can withstand the onslaught of moral and civil decay in its discreet parts– no matter how cleverly checks, balances, laws, limits or powers are instituted within a once enlightened architecture. By allowing Barack Obama the legislative and executive latitude wholly inconsistent with a republic’s respect for liberty, and having stood aghast and wide-eyed as this demagogue chips away at our formidable battery of rights by shamelessly defecating on Madison’s document, we reveal, to our shame, that we have forgotten those admonitions against unmixed power that were set into motion by men who had distilled history’s essence and internalized the necessary lessons concerning the distinct limitations of the human heart.

Our Founder’s understanding of political liberty requires an abundant capacity for self-rule: and this translates both to the soul and in the public square. Absent this, it is impossible for a regime to retain its Founding virtues. Without them, it descends into utopian longing, oligarchy, or tyranny until it relearns, in a crucible of abject pain, the fundamental lessons that were once purchased dearly by others through the currency of blood, treasure, and self-sacrifice.

Glenn Fairman writes from Highland, Ca. He can be reached at [email protected] and followed at www.stubbornthings.org and on Twitter.

In Case You Missed It:  Boeing employees planning #FreedomFlu sickout Fridays in response to covid "vaccine" mandate
Posted in Freedoms.

IRS Scandal; Lerner Imprisonment Not Out of the Question