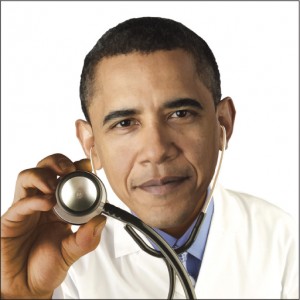 The report concludes that 74% of Obamacare enrollees at the end of the first open enrollment period already had insurance; just 26% reported being previously uninsured. Of those who were previously uninsured, the figure drops to only 22% when considered alongside whether the individual has activated his plan by paying his first month’s premium.

According to the Associated Press, at least 4.7 million Americans had their health insurance plans canceled due to Obamacare. Many of those individuals simply went through the Obamacare exchanges to buy policies to replace the ones President Barack Obama’s healthcare program outlawed.

The McKinsey & Co. study also revealed that nearly half (48%) of individuals who said they do not plan to enroll in 2015 were “unaware of the penalty for lack of coverage.” The so-called “individual mandate” imposes graduated penalties on individuals who choose not to purchase care. Even after respondents were informed of the penalty, only 29% of those currently uninsured said they plan to enroll in 2015.

In Case You Missed It:  The Second Amendment is the Inalienable Right from which All Other Rights Are Guaranteed
Posted in Tyranny and tagged Health Care Reform, Health Insurance, Healthcare, Obamacare, Obamanomics.

Leaders of the Free World Celebrate Their Moms Too

The wild west couldn’t be tamed without mothers. At least according to Ronald Reagan. In his radio address to the...