For a guy who isn’t eyeing House Speaker John Boehner’s job, the gentleman from Texas sure took his time saying so. And he used the word “Shermanesque” three times in a minute and a half. 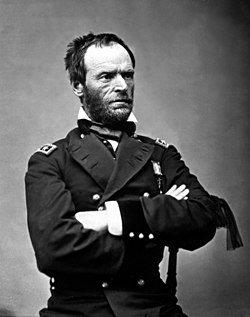 House Financial Services Chairman Jeb Hensarling fielded three questions from the audience after his speech on the Export-Import Bank yesterday at The Heritage Foundation. The third one was short and sweet: “Are you at all considering running for speaker?”

The question came as no surprise; Hensarling is a favorite of House conservatives unhappy with Boehner’s leadership. Yet the Texas Republican’s reply meandered for nearly 300 words, as the video records, including the unlikely prospect of his running for county commissioner.

“I was happy to see [quarterback] Johnny Manziel drafted by the Cleveland Br–,” Hensarling began, opening with a change-of-subject joke and a sideways head shake that drew laughs.

Here is just some of what he had to say next:

No, I haven’t been Shermanesque. Again, I’m not sure there is any opportunity I want to foreclose.  …

I just get up in the morning trying to figure out what I can do to make a difference … for the cause of freedom. I will say this, again, I’m not going to be Shermanesque.  I don’t know why I’d want to be Shermanesque, and I’m not a betting man. I would anticipate, although there are no guarantees in life, that I would once again have the opportunity to serve as chairman of the House Financial Services Committee, and that would please me to no end.

The Age of Academic Ruin

Now that we can see through a glass more clearly, which of us can deny that the American Academy surrendered...