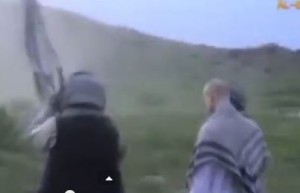 Congressman Dutch Ruppersberger, the top-ranking Democrat on the House Intelligence Committee, calls this a “dangerous precedent that puts all Americans at risk throughout the world.”

Ruppersberger is one of a growing chorus of critics who say five Taliban prisoners is too high a cost.

“Since World War Two we have not negotiated with terrorists or other groups,” Ruppersberger said, according to WJZ’s media partner the Baltimore Sun. “What concerns me is the future. This puts all Americans at risk throughout the world, including our men and women on the front line…for kidnapping.”

Bergdahl, who left his Army base in 2009 before being captured by the Taliban, was released after the U.S. exchanged five high-level Taliban members kept at Guantanamo Bay.

What the administration thought would be “euphoria” over the successful release of Bergdahl instead brought a wave of criticism that flooded the White House for exchanging terrorists for an accused deserter.

National Security Adviser Susan Rice told ABC News Sunday that Bergdahl, 28, served with “honor and distinction” and that he was a prisoner of war, despite the Pentagon not listing him as such. Larry Sabato, director of the Center for Politics at the University of Virginia, told CBSDC.com that the administration tried to sell this “great story” of praising Bergdahl as a hero.

“It didn’t take long for this PR push to falter. His fellow soldiers describe Bergdahl as a deserter, and they are bitter that American lives were lost trying to find and rescue him,” Sabato explained to CBSDC. “And then there’s the prisoner swap. Those five senior terrorists caused a lot of people’s stomachs to turn and temperatures to rise. Quite a price to pay for a soldier who may be a deserter, if reports are true.”

Republicans have been in an uproar since the news came to light, claiming that the Obama administration has put an asking price on an American hostage captured by terrorists. They also criticized the agreement and complained about not having been consulted, citing a law that requires Congress to be given 30 days’ notice before a prisoner is released from Guantanamo.

Republicans on the House Armed Services Committee said the Pentagon notified the panel by phone on Saturday that the exchange was occurring in the next five hours.

Congress was consulted in December 2011 and early 2012, one official told The Associated Press. Several members of Congress opposed any release, and lawmakers erected several legal hurdles.

Recently, though, Congress eased the restrictions on releasing Guantanamo detainees, including the toughest one: requiring the Secretary of Defense to personally certify that there would be no return to terrorism for any detainee he certified.

During a news conference in Poland Tuesday, Obama defended his decision of swapping the Taliban prisoners for Bergdahl, saying they were worried about his health after spending the past five years in captivity.

“Regardless of the circumstances, whatever those circumstances may turn out to be, we still get an American soldier back if he’s held in captivity,” Obama said. “We don’t condition that.”

Despite what some lawmakers are saying that they were being kept in the dark, Obama stated that the White House had been consulting with Congress “for some time” about the proposed deal.

“We seized that opportunity,” Obama said.

Obama also noted that it is entirely possible that the released detainees, who are mandated to stay in Qatar under the agreement for the next year, could return to terrorism.

“We will be keeping eyes on them,” Obama said. “We have confidence that we will be in a position to go after them if in fact they are engaging in activities that threaten our defenses.”

Chris Akins, Republican strategist and owner of Akins Campaign Strategy, told CBSDC there could be “hell to pay” if the released detainees return to the battlefield.

“You exchanged five terrorists for what appears to be one deserter. Doesn’t look smart, especially considering a full inquiry is now being made into how he disappeared,” Akins noted.

Sabato said that it would have benefitted the White House to have told more of the truth about Bergdahl. “This is not some public relations game they can spin as though it were a typical political issue,” he said.

The administration could face an even bigger backlash if it is found that Bergdahl did desert the Army. A Pentagon investigation concluded in 2010 that the evidence was “incontrovertible” that he walked away from his unit, said a former Pentagon official who has read it.

The military investigation was broader than a criminal inquiry, this official said, and it didn’t formally accuse Bergdahl of desertion. In interviews as part of the probe, members of his unit portrayed him as a naive, “delusional” person who thought he could help the Afghan people by leaving his Army post, said the official, who was present for the interviews.

Reports also surfaced that six American soldiers were killed searching for Bergdahl throughout the years he was being held captive.

“The most convincing critics aren’t the usual political faces, it’s Bergdahl’s fellow soldiers,” Sabato told CBSDC. “They’re not holding back and this has turned the issue into a big negative for the Obama administration. Just about everyone is questioning the administration’s judgment.”

“If they left him behind they would face criticism they left a soldier to rot. But by trading him for five terrorists, they face appropriate criticism of putting hardened terrorist back into the field,” Akins told CBSDC. “It’s further complicated that soldiers lost their lives looking for Bergdahl. It’s a loss for everyone all the way around. One can only hope there’s intelligence to be gained from his years being exposed to the Taliban.”

Bergdahl is currently in stable condition at a U.S. military hospital in Germany.

In Case You Missed It:  More… Zuckerberg Claimed Under Oath that Facebook Did Not Censor Hunter Biden Content — A Blatant Lie
Posted in Terrorism, Tyranny and tagged Afghanistan, Obama, Terrorism.

In a recent opinion piece for the Washington Times, Michael Taube makes some unusual statements about crime in Denver, Colorado after the state...