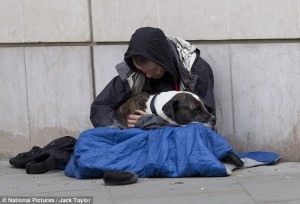 (Ali Meyer)  The percentage of 18- to 64-year olds who live below the poverty level has increased 30.5% since 1966, two years after Lyndon Johnson declared the War on Poverty, according to the latest data from the U.S. Census Bureau.

“We have declared unconditional war on poverty. Our objective is total victory. I believe that 30 years from now Americans will look back upon these 1960s as the time of the great American Breakthrough toward the victory of prosperity over poverty,” said then-President Lyndon Johnson in 1964.

According to a House Budget Committee Report, the federal government spent $799 billion on 92 programs to combat poverty: $100 billion on food aid; $200 billion spent on cash aid; $90 billion on education and job training; $300 billion on health care; and $50 billion on housing, in fiscal year 2012 alone.  (See War on Poverty Report.pdf)

When looking at all ages, the House Budget Committee Report shows that, since 1965, the poverty rate decreased from 17.3% to 15%. (See War on Poverty Report.pdf)

“The incidence of poverty rates varies widely across the population according to age, education, labor force attachment, family living arrangements, and area of residence, among other factors. Under the official poverty definition, an average family of four was considered poor in 2012 if its pre-tax cash income for the year was below $23,492,” according to aCongressional Research Service (CRS) report entitled, Poverty in the United States: 2012.

“The Census Bureau’s poverty thresholds form the basis for statistical estimates of poverty in the United States,” says the CRS report. “The thresholds reflect crude estimates of the amount of money individuals or families, of various size and composition, need per year to purchase a basket of goods and services deemed as “minimally adequate,” according to the living standards of the early 1960s.”

“Persons are considered poor, for statistical purposes, if their family’s countable money income is below its corresponding poverty threshold,” CRS states.

(CNSNews.com) – The cost for the lodging, entertainment, and security by the Secret Service for the June 2013 Africa trip...