One would think Obama a graduate from an Ivy league school is an intelligent knowing person, this bring me to the conclusion that Obama wants America harmed, these are not foolish decisions, these are well planned. 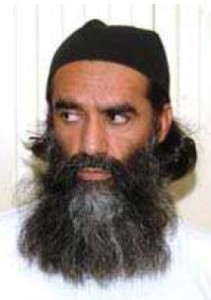 Surprise, surprise one of the five Taliban terrorist freed by Obama from Guantanamo Bay in exchange for Sgt. Bowe Bergdahl’s has pledged to return to fight and kill Americans in Afghanistan, according to a fellow militant and a relative.

After arriving in Qatar, Noorullah Noori kept insisting he would go to Afghanistan and fight American forces there,” a Taliban commander told NBC News via telephone from Afghanistan.

Noori immediately pushed to return to Afghanistan after learning that Obama foolishly provided written assurances that no country would arrest any of the five freed terrorist for a year as long as they lived peacefully, one of his relatives told NBC News by telephone from Afghanistan.

Under the terms of the deal, the terrorist commanders would remain under the control of the government of Qatar a country with ties to Al Qaeda and other extremist groups. The Guantanamo terrorist for one year will be subject to “restrictions on their movement and activities,” a senior U.S. official has told NBC News –- including a one-year travel ban. A diplomatic source later told NBC News that their movements within the Arab emirate are not restricted after all, Obama put in no restrictions on the deal.

The news comes amid a fierce debate on Capitol Hill over whether Obama should have traded Bergdahl for the five terrorist held at Guantanamo. Former members of Bergdahl’s platoon have described him as a deserter who walked away from his outpost.

Among the Taliban, the five terrorist release was treated as a victory.

“We thought we may not see them again as once you land in the hands of Americans, it’s difficult to come out alive,” Noori’s relative said. “But it was a miracle that Allah Almighty gave us Bergdahl and we got back our heroes. We have to kidnap more Americans to trade for more of our brothers.

A senior Taliban commander in the Pakistani city of Quetta said that 12 years of incarceration had also caused some psychological problems for Noori and Fazl.

Noori’s relative admitted he was having some health issues, but denied he was suffering from any mental disorders. Although he is still a devout follower of the Qu’ran, the Islamic equivalent to the Christian Bible.

A Taliban commander close to the negotiations that led to the release of Bowe Bergdahl told Time magazine the group wants to grab more Americans for similar deals.

“It’s better to kidnap one person like Bergdahl than kidnapping hundreds of useless people,” the commander told the magazine on condition of anonymity. “It has encouraged our people. Now everybody will work hard to capture such an important bird.”

It is with great sadness that we announce the death of Joseph Shattan, a Heritage Foundation writer and devoted member...