A Walmart store in Williston, N.D., is offering to pay entry-level workers as much as $17.40 per hour—nearly 2½ times the federal minimum wage—in an effort to compete in one of America’s most dynamic labor markets.

The push for a “living wage” has gained momentum in cities such as Seattle recently. But the historic oil boom in North Dakota has provided real, sustained growth in wages and lowered unemployment in North Dakota to 2.6 percent—the lowest statewide rate in the nation—and to less than 1 percent in Williston, which is near the oil fields in the western part of the state. 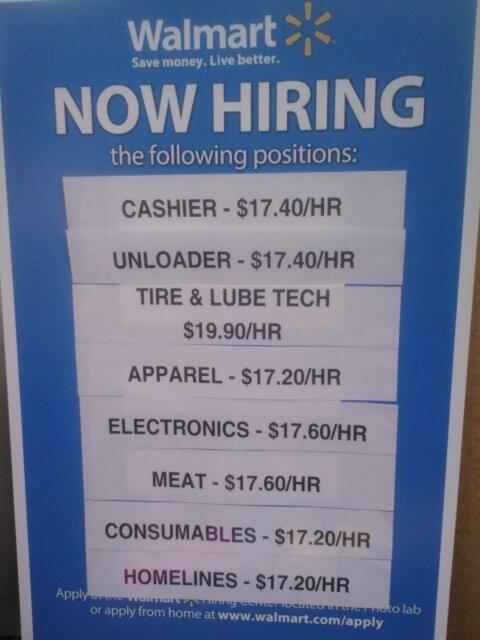 This oil rich job market has paid dividends for native families and state government. According to the most recent numbers released by the Census Bureau, median North Dakota family income surpasses the national average by more than $8,000. State officials project a budget surplus of almost a half-billion dollars for the 2014-2015 budget cycle.

Those jobs are safe for the foreseeable future, too. Last year, a study conducted by the United States Geological Service estimated conservatively that 7.4 billion barrels of recoverable oil sit beneath North Dakota. Scientists have long known about these oil reserves, but two miles of solid rock precluded development. Recent advances in hydraulic fracturing and smart drilling technology have made production possible and triggered the present economic boom.

David Kreutzer, a senior analyst at The Heritage Foundation, said this innovation in North Dakota has “led to equally phenomenal increases in the demand for all labor, including that for entry-level workers.” Conversely, Kreutzer believes that legislated increases in the minimum wage confer “higher compensation for some, but less employment for others.”

In Case You Missed It:  We warned of a global supply chain disruption, and now it's here: Workers who keep things moving are now sounding the alarm that a "systemic collapse" is too close for comfort
Posted in Financial and tagged Conservatism, Financial, Foundry, Freedom, Oil, Unemployment, United Socialist States of America.

Middle Eastern Men Are Getting Driver’s Licenses With Hispanic Names

PoliceOne warns officers that people of middle eastern ethnicity are changing their names or presenting themselves as hispanics in order...