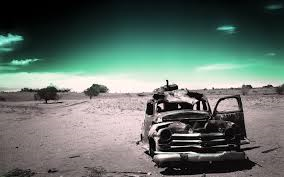 I think that deep within myself, in a place deeper than the not inconsiderable layers of books, meditations and lectures that have collectively formed my world view, I should desire that the earth be a place of plenty, equality, happiness, and harmony. It would not surprise me that this hope was, in some variation or another, a universal dream of light and life — as is the deeper than genetically imprinted moral law of which all human laws are but a shadow. Moreover, I am sure that my particular idyllic vision is somewhat more attuned to my nascent understanding of God’s beatific plan of paradise for mankind, and subsequently reflects perhaps only an inkling of the reward that awaits those who would draw near to Him. Indeed, every political and economic system through which man has engineered throughout history, are but crude and faltering attempts to bring to fruition this Shining City in parchment and mortar.

But children grow old; and those innocent dreams are eventually dashed against the unsparing granite of the natural world and the unruly resolve sequestered within men’s hearts. In hungering for the simplistic embrace of Socialism: that Gnostic Citadel of Equality constructed of beautiful words and mellifluous intent, we once again resurrect those impossible youthful fictions. But if we have not drank deeply enough of His wisdom that saturates the world, bought dearly with our own suffering and introspection, we will never duly perceive that humanity can never again return to the warm innocence of womb and breast – at least in the lifetimes in which flesh partakes. Accordingly, there comes a day when we must spread our wings and take flight, even should we plummet and nobly die, or diminish and wither in the pathos of the mind and soul’s arrested development. Failure to apprehend this leaves us suspended in the withered arc of the socialist dream.

To those of you fair readers who long for shelter and spiritual completion within the bosom of the collectivist aura, please answer me this: Can an economic system truly be morally superior if it is buttressed by lovely lies, altruistic thefts, has an unsustainable longevity, and ultimately– leads humanity into stylized moral degradation, fawning credulity, unspeakable material ruin — and at its shallow terminus, exponentially magnified sorrows?

In Case You Missed It:  UK hospital data shocks the world: 80% of COVID deaths are among the vaccinated... COVID deaths up 3,000% after vaccine wave
Posted in Freedoms.

Defeat at the polls for House Majority Leader Eric Cantor sent shock waves through the House of Representatives. The Virginia...